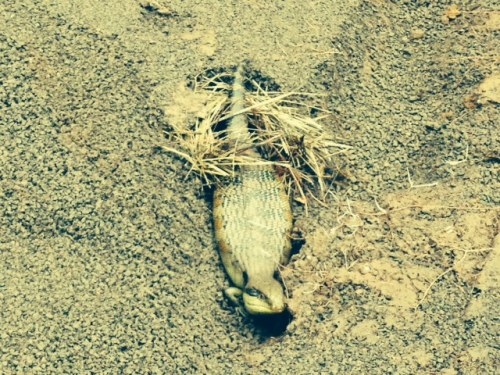 When the tanks were moved, we found this fellow not very happy about the situation. The tank formed the roof of his burrow. But he made the best of it, by ignoring the lack of roof, and settling into his furrow, and poking his blue tongue out at us every time we walked near.
At least we did not discover the owner of the shed snake skin which was nearby. It was probably a tiger snake, and was very large judging by the size of his unwanted skin. Or maybe the blue tongue killed the snake. They reputedly can do so, although I have never seen it happen.