Some progress on the little lathe.

A complete disassembly, and separation of the parts to be repainted.

Some unwanted holes were filled with steel putty (similar to JB Weld), and filed flat after hardening.

Then further filing of the parts, a soaking in degreaser, and then a wipe over with acetone.

Then a coat of undercoat, from a spray can. 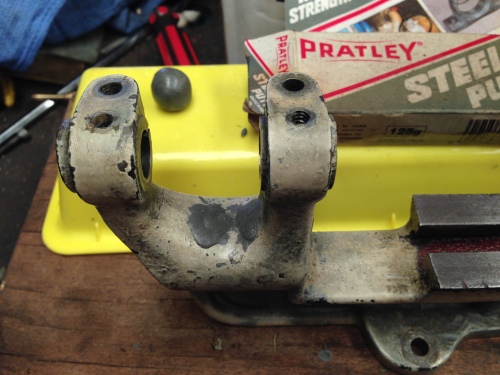 Can hardly see the repaired holes through the undercoat.

Making the larger handle, the one for the leadscrew was a learning exercise.  I planned it in brass, with a counterweight to the handle.  Drew it up on CAD, then tried to make it using the Boxford CNC.  The end result is not perfect, but it will do. 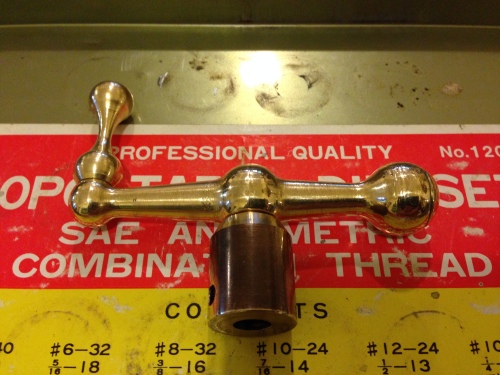 I discovered that it is quite difficult to turn complete balls on each end and avoid chatter.  I used a carbide cutter.  Perhaps HSS would have worked better.

Actually it will go into the odd brass bits bin in case it can be used for something.

I finally turned one end, then made a split collet, and turned the other end.  All done using CNC. 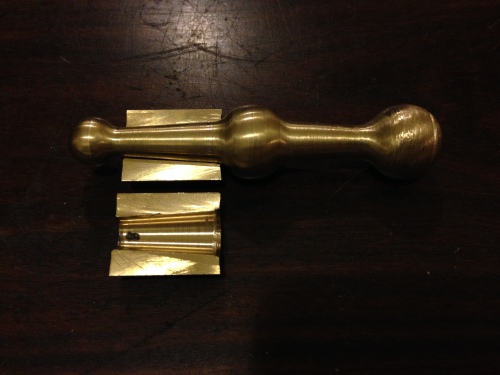 Did not entirely eliminate the chatter. 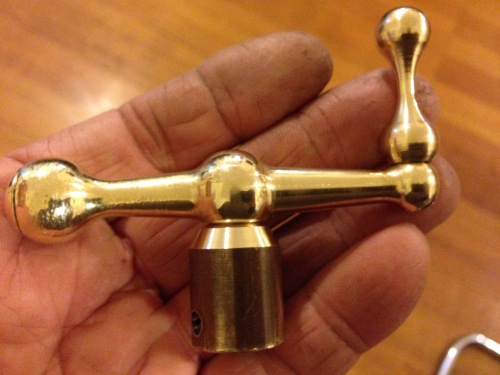 It will just have to do.