The eccentrics are turned from 2 bits of brass, which are separated later.  It was a trial and error effort, mainly error.

I tried soldering the parts initially, but mistakenly used silver solder.  All was well until I tried to melt the solder, and so much heat was required that the thin brass parts were wrecked.

Next time I used Loctite, but during turning, the parts flew apart and were again damaged.

Finally, I Loctited the parts, then bolted them with the final bolts, then turned the disks.  This method worked, but the 6 disks required almost perfect dimensioning on the milling machine during drilling, then the lathe for turning and parting.  Altogether, very demanding. 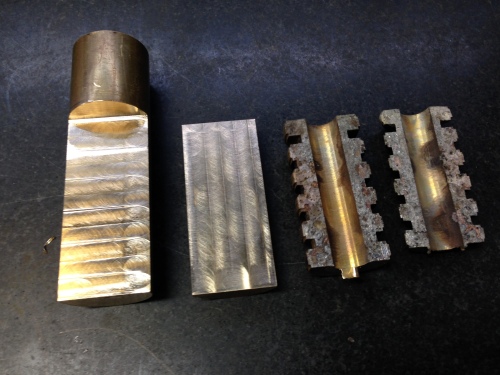 Attempt one, showing the brass rod blanks which I soldered then turned, then separated, then discarded.

Final run, showing the glued and bolted brass rod, and the turned and part parted disks

Parting the disks was nerve racking, due the fine tolerances, and the eccentrically placed crankshaft hole. But it occirred without disaster 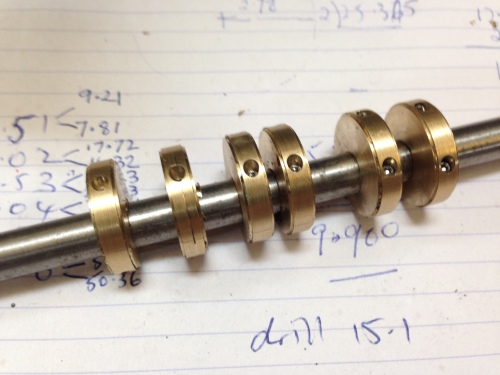 The finished eccentrics, stored on a piece of 10mm silver steel. There is less then 0.5mm between the bolt head and the machined edge.     Hooray!!!!