Osborne House used to be Australia’s submarine headquarters, and it still houses a superb maritime museum.  It is also home to the Vietnam Veteran’s Association.  And other clubs such as GSMEE and The Camera Club.

We could not have asked for better weather.  Two glorious spring days.  With Corio Bay sparkling in the background.

And guarding the entrance of our exhibition was a WW2 German Tiger Tank.

I have featured this machine before (see Bendigo exhibition).  It is still fascinating and awesome. 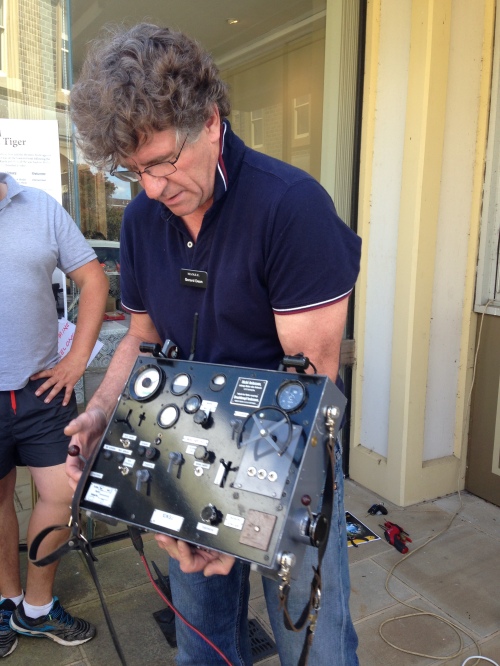 Gerard Dean operating the controls, which are a close copy of the original, even down to the warning in German that “the enemy is listening”.

Gerard explained that the original was prone to engine overheating, gearbox grenading, transmission failure and track jamming.  His demonstration on Sunday was terminated by sudden graunching in the gearbox.  An authentic demonstration indeed.

Normally Gerard drives the tank up ramps onto his ute.   On this occasion we pushed it up.

Do you imagine that he would get the odd double take as he drives home on the freeway? 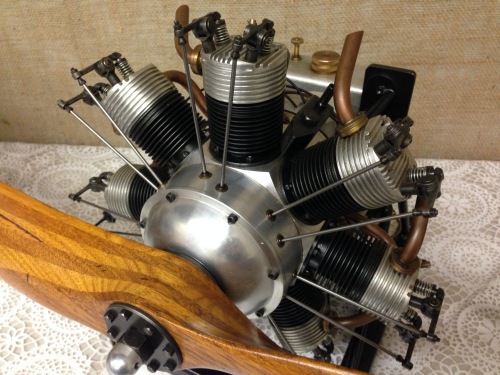 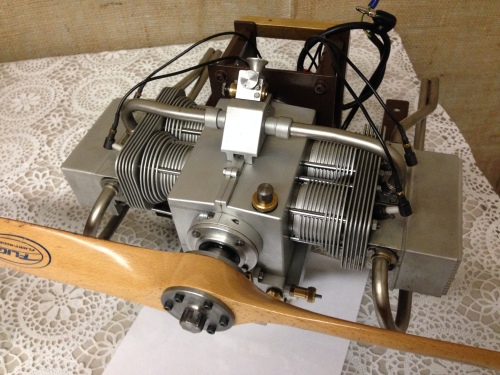 John Ramms scale VW engine.  Said to be 75cc, but with VW who knows?

There were many other wonderful engines, model ships, planes, and workshop tools.  And an excellent trade display (thanks Ausee Tools).

Peter Bodman’s self made 3D printer was busy making parts all weekend.  Many of the components of this printer were made on his previous Mark 1 printer.

Willi Van Leeuwen had a lovely display of model ships and boats including this steam powered boat.

Last, and least, the Norm Hatherly Stirling Engine prize was won by yours Truly.