THE ANGLO-BOER WAR IN 100 OBJECTS

After reading this book, cover to cover, in 2 days, I felt that I had a real grasp of the reality of the 1899-1902 war which so shaped South Africa’s history. I now realise that my previous knowledge of the war was very sketchy.

The 100 iconic objects which are held in the War Museum of the Boer Republics, and 200 other objects, maps, and many photographs, are beautifully presented in this high quality book of 260 pages.  The story of each object is told in short essay style by gifted, expert writers.

The book does not glorify the Anglo-Boer War.  If anything, it is an anti-war treatise.  It certainly has had a major impact on this reviewer. 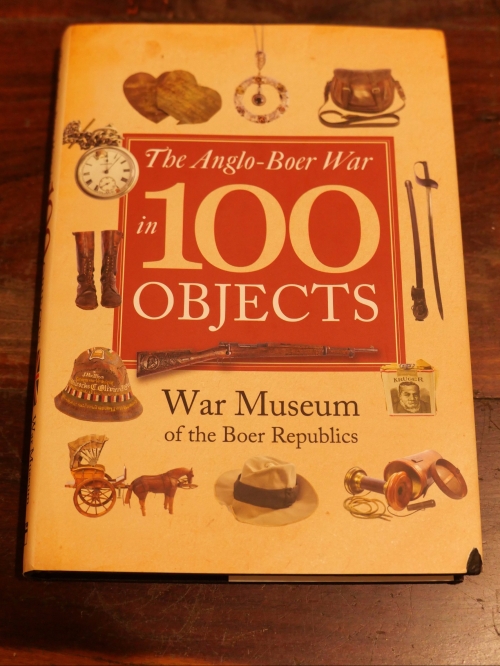