Yesterday I spent some time with 600 grit emery paper on the barrel.  A bit more elbow grease is required, but I took some pics of the progress…. 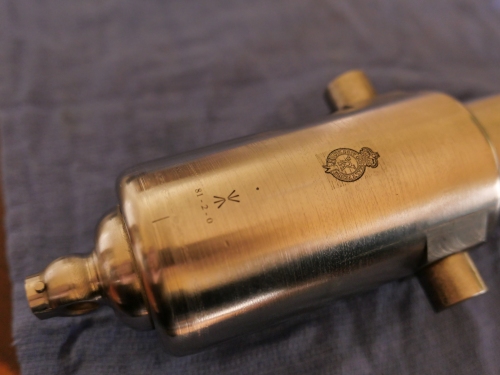 From the left, the sighting line called the “line of metal”.  There will be a corresponding line on the muzzle.  Next is the weight of the barrel in hundredweight.  81cwt = 4 imperial tons plus one cwt plus 2/4ths of a cwt plus zero pounds.  One hundredweight = 112 lbs, so this barrel weighs 9128lb / 4140kg.   The arrows indicate that the barrel has been “proofed” and accepted for service and also possibly mark the end of bore.  The dot would be where the “vent” would be located (the ignition or touch hole) usually about half way along the powder cartridge.  Then the reigning monarch’s cypher.  In this case, Queen Victoria, with her motto, that of the Order of the Garter.  HONI SOIT QUI MAL Y PENSE.  The translation from French is  “Shame to him who thinks ill of it” (“it” being the Order of the Garter) 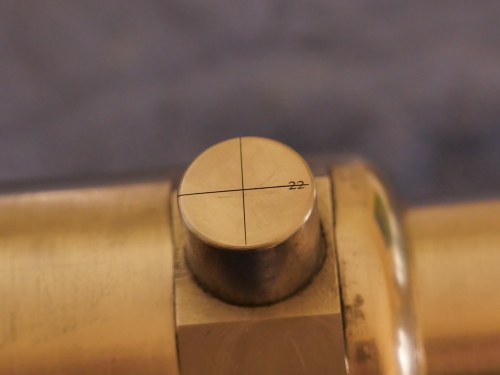 The Royal Gun Factory number of this barrel, and axis lines.  One reference stated that they mark the centre of gravity of the barrel, but according to my assessment, the COG is well behind this point.

The other trunnion marks are yet to be lasered.  Maybe late next week.

I am delighted with the quality of the laser “engraving”.  It is sharp, crisp and finely detailed.  Again, thanks to Stuart Tankard for the use of his laser, and for operating it.