I have been watching Ebay for a year or more for one of these belt sanders, but they just never seem to appear second hand.

Then I wondered about making a 72×2″ belt sander.  I even bought a set of plans.   There are many versions of these sanders on YouTube, of varying complexity and sophistication.  The plans by Jeremy Schmidt looked very promising, well explained in his YouTube video, and the plans are thorough.  But the sander appeared to me to be fairly large and very heavy, and it was not going to be a cheap build.  I estimated about $AUD1000 by the time I bought a motor with speed control, and other materials.

Then, a stroke of good fortune.  SWMBO really wanted me to do a rather unpleasant job for her, and I was not enthusiastic.  She is renovating a small house.  The previous tenant had a cat which was either incontinent, lazy, or constantly locked inside the house.  Or maybe it was the tenant.  Anyway, the carpets stank to high heaven.  So bad, that SWMBO felt that she could not ask anyone else to remove the floor coverings and take them to the tip.   But she was prepared to ask me.  She knew that I really wanted to buy a RadiusMaster, and said that if I did the job, she would not object to the rather self indulgent purchase of the sander.  I had not really decided what to do about the sander….   buy or build…. but it would leave me free to make the choice.  So I did the job for her.  After the initial assault on the olfactory senses, it was not too bad.  Took a couple of hours.  And very thorough washing afterwards.

I still had not made a final decision about the RadiusMaster, so a few days later I drove to the dealer, and had another close look.  Meanwhile I had been reading reviews.  And I bought one.  The obvious quality, compact size, plentiful power, rave reviews, and ready re-saleability were all persuasive. 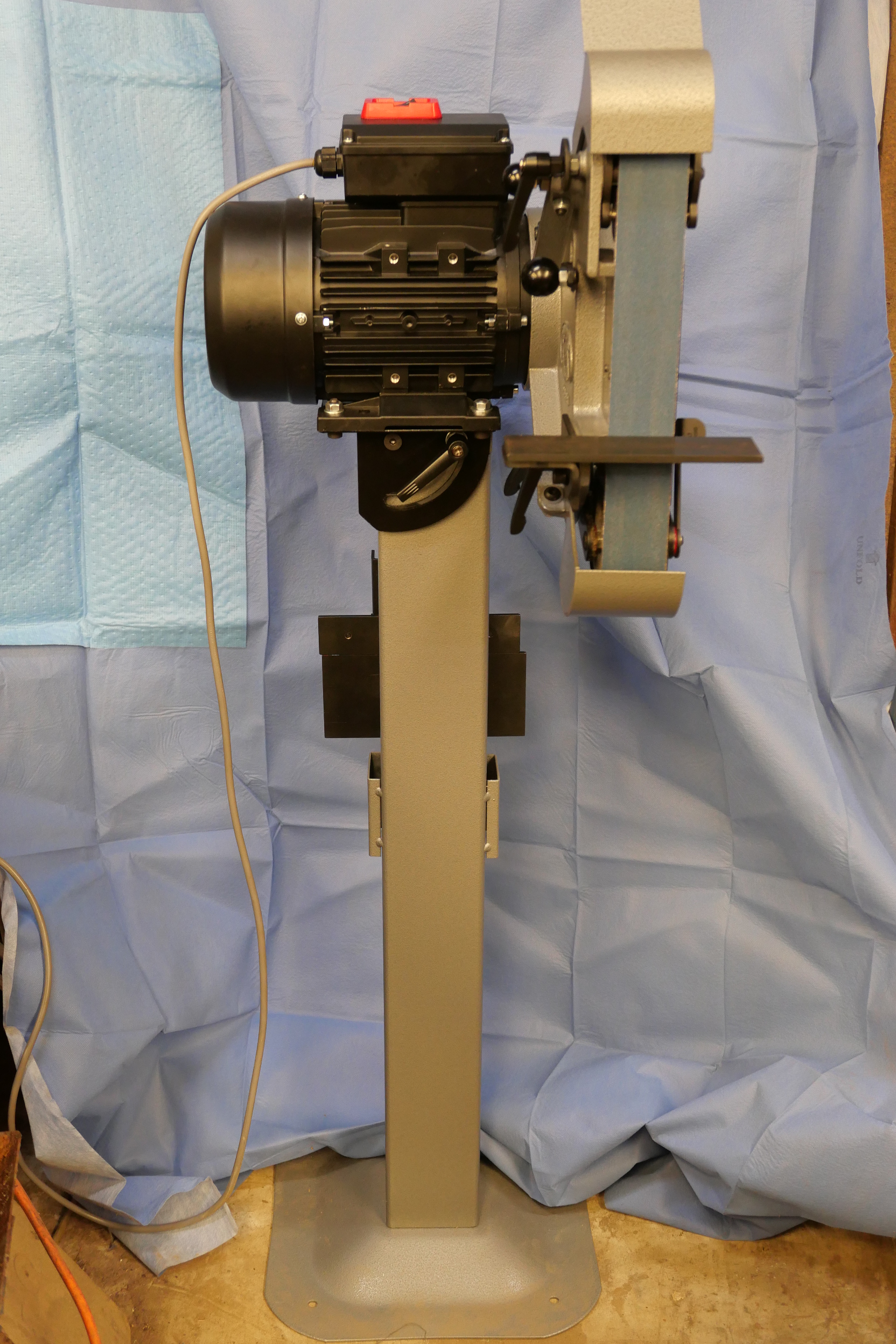 It came with a stand, not yet attached to the floor because I have not finalised the position.

It is made in Australia, and I was looking forward to understanding the instruction manual for a change

Assembly was straight forward, took about an hour.  The instructions recommended a 2 man lift, but I managed OK solo.

Overall this is a quality machine, but one aspect was not up to standard.

The vertical grinding table was noticeably not square to the platen.  In fact it was 2 degrees out.

I considered rejecting it and insisting on another table, but that would have involved another 2 hours each way to the dealer, so I fixed it myself.  The angle bracket was quite solid 6mm thick steel, welded to the table.  Some persuasion with a heavy hammer in the 6″ vise did the trick.

The grinding table is now within 0.25 degrees of the platen.

This table will be temporary anyway.  I am intending to make a larger table, with fence slots, and and indexable protractors.

The RadiusMaster takes 48×2″ belts which are widely available and inexpensive.

The machine has 7 separate stations, which are selected within seconds.  I expect that the vertical one pictured above will be most used.  Others are……. 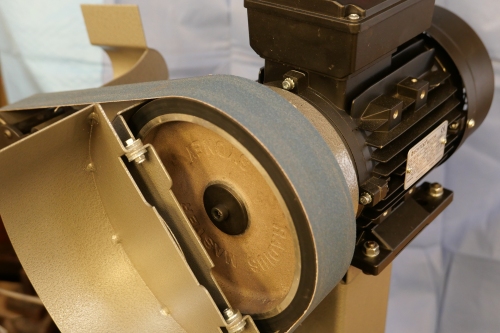 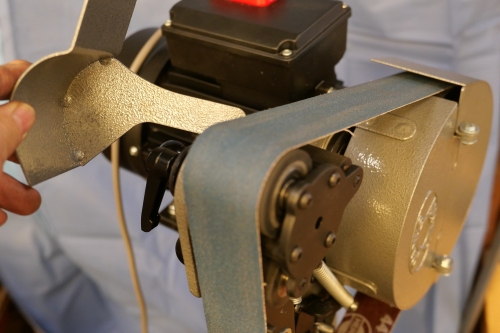 The unsupported section of belt, and the notching wheels.  The guards swing easily out of the way. 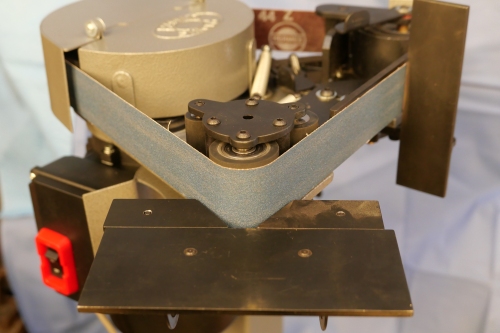 Underneath view of the horizontal pipe notching rest.  If it looks confusing, it is.  This was one aspect where the instructions were vague and unclear.

That large, heavy,  gold casting is the heart of the machine.  A lot of thought has gone into the design.

When I have had some experience with using the grinder sander I will write a review.  No buyer regret for a change.