Large sections of Antarctica have been suddenly hidden from view on Google Earth Pro, using fake clouds and checkerplate patterns.

Well, the fake clouds are still there, obscuring the interesting area, so I spent some time looking at a nearby area beyond the clouded area. 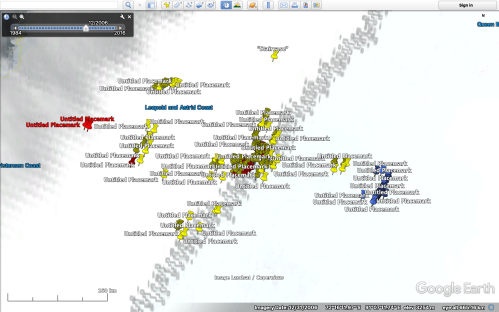 Zooming in a bit, still 665km above the surface, showing the position of the blue placemarks.  The checkerplate line zigzags across the screen and everything to the left is deliberately (IMO) obscured.    Scale is bottom left, and compass top right.

Look at that straight line of odd objects.  I counted 28 of them, at about 1 km intervals.  From 14km above the surface.   Maginot Line? 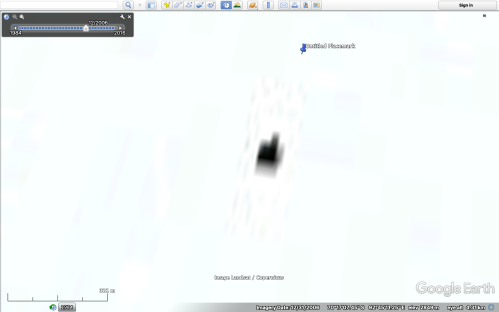 And another.   Dozens of them in this area.  These are NOT natural features. 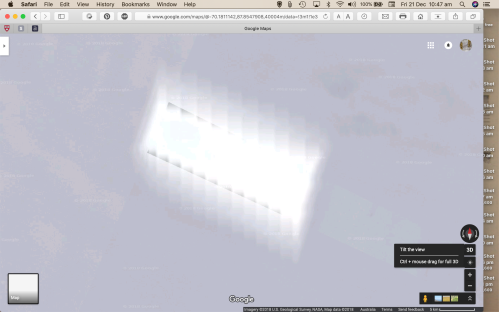 Open your eyes people.  There is stuff going on, and we are not being told.