Just to refresh your memory, if you are a long term reader of johnsmachines.com, this is the model of the Ottoman Bombard which I made several years ago … 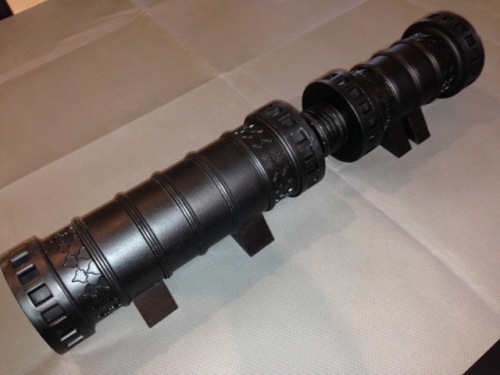 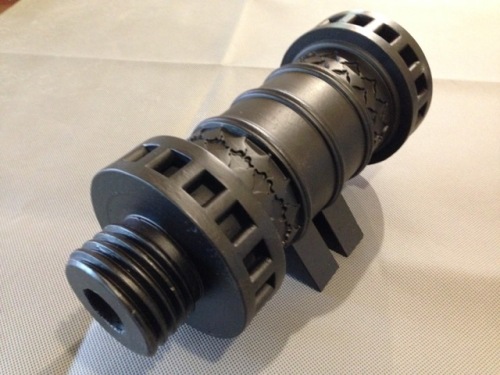 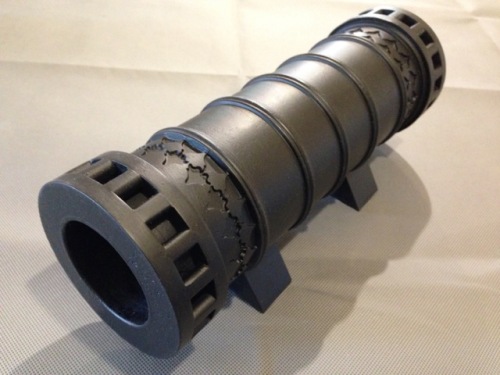 …but it is not finished.  I could not find a picture or drawing of the touch hole anywhere.  Requests to the museum drew no response.

Plus, I had some questions about how the square holes were made.  These were designed for levers to be inserted so the cannon segments could be screwed together.  But were the round pegs cast with the barrel and breech, or were they somehow added later?

Also, I wanted to take a close look at the huge V threads to see if I could work out how they made them.

And frankly, I just wanted to touch it.

It is currently on display at The Fort Nelson Royal Armories Museum near Portsmouth UK.  And I visited it today.  I allowed an hour to inspect the bombard and have a quick look around the rest.  4 hours later I staggered out.  This museum is another fantastic place to visit.  I will do a more complete report in another post. For the moment I will deal with the bombard.

Firstly the touch hole.  Save these photos.  They do not appear anywhere else! 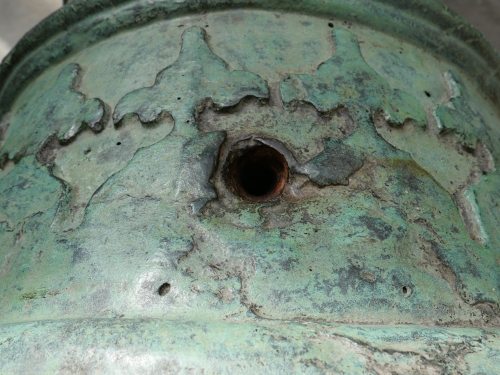 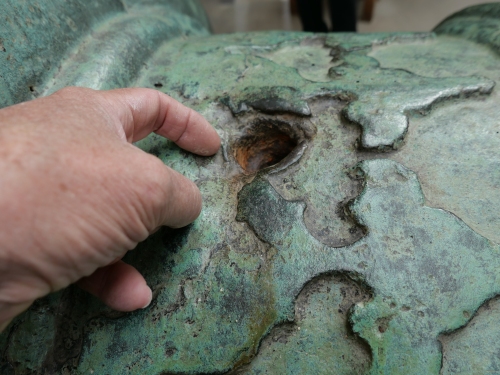 Not much design finesse there!  The wide opening becomes narrower about 25mm in (just visible). 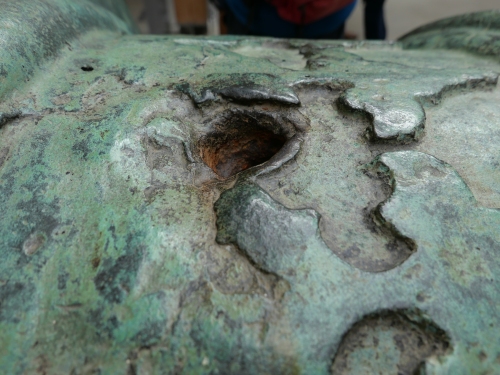 Next, the bombard as it was today..and I touched it! 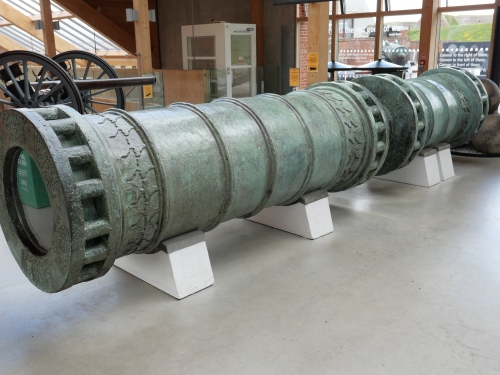 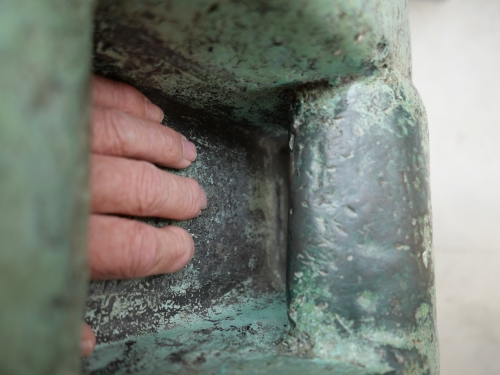 That’s my hand underneath the “pins”.  Actually levering braces, cast integrally with the breech and barrel.  You can see dents, probably made by the levers.  In doing this I realised that the “pins” are not cylindrical, they are half a cylinder (split lengthwise).  The half cylinders allowed clay or something similar to be placed around the mold, under the half cylinders, and for the gaps between the half cylinders to be filled with clay pieces, to be broken out after the cannon casting.

And the huge threads… 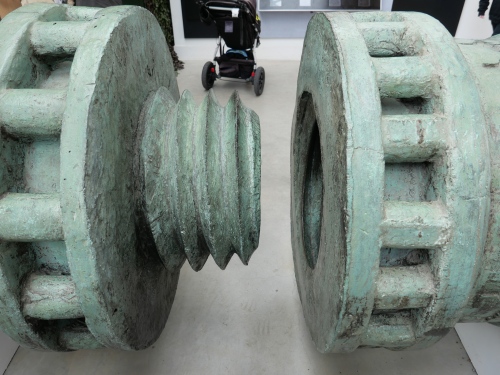 Well, I am no closer to understanding how these were made.  They are rough and irregular.  I would guess that they were carved in wood, then a clay mold made from the wooden model and baked, then the clay shape used in the final casting, and broken out afterwards.  Any other ideas?

I really enjoyed this visit.  If I have any WordPress storage remaining I will post some photos of some of theother artillery pieces later.

When I finally run out of space, I am afraid that will be the end of my posts.  Thankyou all for following.  It has been great fun posting, and answering comments.

Just in case this is the last post, I have to post these pics of the WW1 British rail gun.  It is truly awesome. 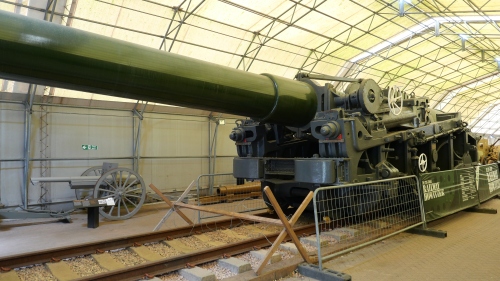 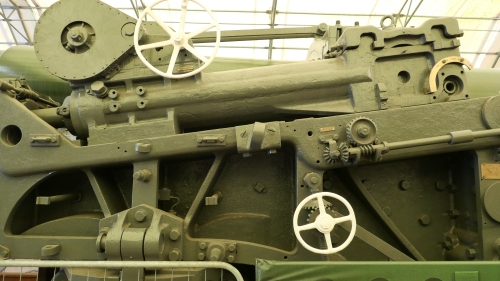 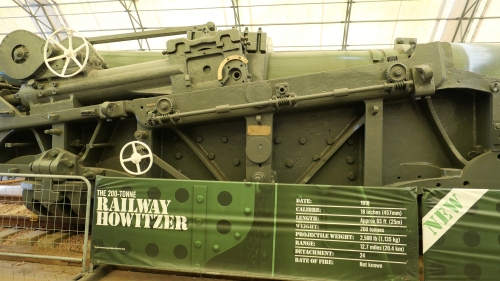 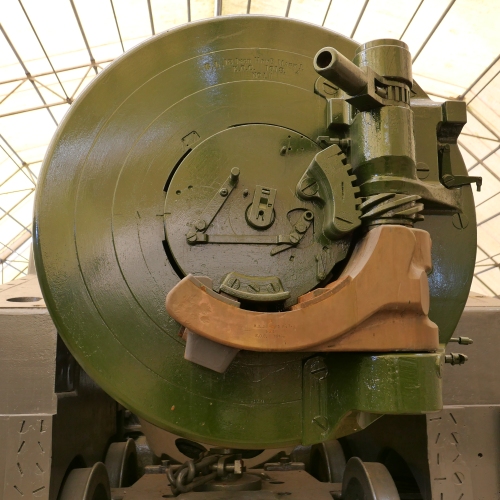 Cannon caliber 18″.  The Yamato (Japanese WW2 battleship) had 9 guns of this caliber. 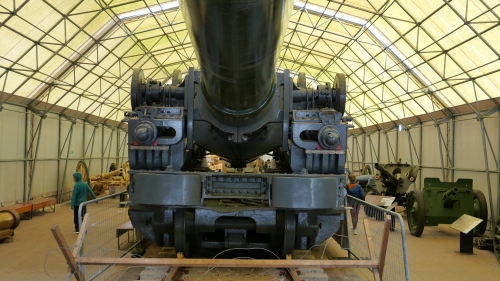