I am home after a short holiday at Port Fairy, Victoria.  Port Fairy is on the “shipwreck coast” of Victoria, labelled for the number of ships which were wrecked in the 19th century.  Dozens and dozens of them, including the tragic “Loch Ard”.   Port Fairy was a sealing, whaling, fishing village in the 19th century, but now survives on tourism and dairy farming.  It was also the site of horrendous massacres of aboriginals. 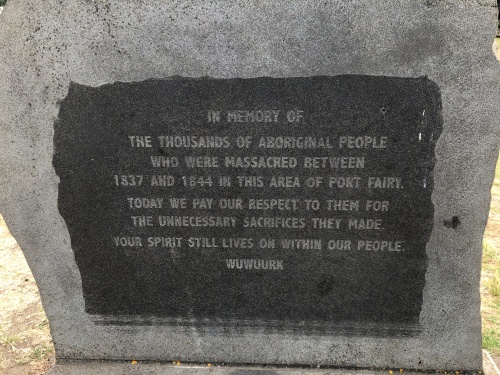 Port Fairy was part of the coastal defences against a possible Russian invasion in the late 19th century, when Britain was the enemy of Tsarist Russia.  Not that any invasion eventuated, or probably even contemplated by the Russians.  But no doubt they were pretty pissed off by the defeats in the Crimea, so an invasion of a weak but gold rich British colony was not not totally ridiculous.

So Port Fairy, and nearby Warnambool and Portland were fortified with decent shore based artillery.  The coast is incredibly rugged, with few landing places.

Today I saw some of the fortifications.  And my next project?…. 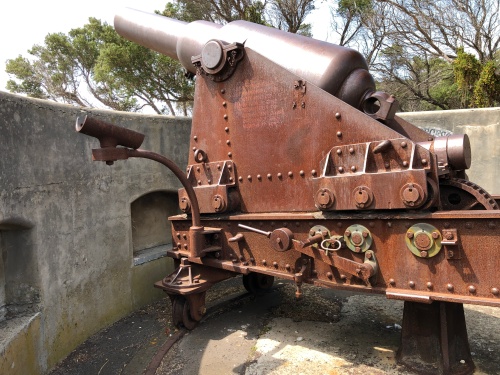 It is a muzzle loading, rifled bore, 80lb, black powder cannon (RML).  The associated machinery is in poor condition, but much of it is present, and its original form can be inferred.  Most of the external brass and bronze fittings such as sights and gauges have been removed, probably stolen.

The barrel itself is in good condition.  It is fired to entertain the tourists every Sunday at 1200, and on New Year Day at 1400.  Just a blank charge of course, about 1/8th of the charge which would have been used to fire a projectile.  I was fortunate enough to be present at the January 1 firing, and it was awesome!  Very loud.  A sharp “crack”, and gout of flame, and air shock wave.  Very impressive.   Rated as an 80lb cannon.  Far from the biggest ever RML, but still awesome.

And our model engineering society has a connection with the gun.  One of our GSMEE members used to prepare the demonstration charge, and conduct the weekly firing.  He operated a stone quarry, and was qualified to handle black powder and other explosives.  He tells a story of one firing which had a funny ending.  Someone else had prepared the charge, inserted it ready for firing, which was done.  Unfortunately he had neglected to remove the powder container, which was a “Milo” tin.  A few minutes after the firing, a very irate cop demanded to know who had fired the gun.  The Milo tin had landed on his patrol car which was about 100 meters away.

No (legal) charges were laid.

And another connection…   my son in law grew up in Port Fairy, and has fond memories of the town.

So I have taken many photographs of the gun and its carriage and machinery, and many measurements using a builder’s tape measure.  The overall length is 4 meters plus protruding barrel, and if I use the same scale as my previous 3 cannons, 1:10, it will be about 400-500mm long.  At this time I am preparing some drawings.  Thinking about materials.  Possibly steel.  With some bronze and brass for the fittings.   But I will finish the Southworth vertical steam pump first. 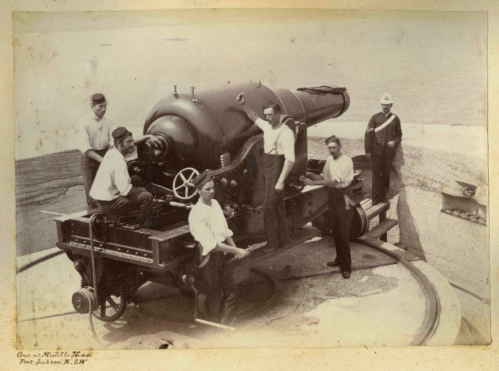 Found this photo of a very similar gun which was mounted at Port Jackson, NSW.

Back home now, and watching the news about Australia’s climate change fires, politicians posturing, and the president who ordered a murder.  Absolutely appalled. “We got him”.   WTF.