I am a fan of Stefan Gotteswinter’s You Tube blog, amongst others. (the others include This Old Tony, Abom79, ClickSpring,  Joe Pieczynski, AVE, NYC CNC, mrpete, ……   you should know all of these if you are interested in metalworking).

But back to Stefan.   One of his hints some time back, was to use a piece of leather to protect his lathe bed under the chuck.   I adopted his idea, and I found that it was very effective.  It does protect the bed from dropped chuck keys, parted chunks of metal etc.  It is also handy for preventing small parted work pieces from disappearing into the swarf which hangs around under the bed.

Only problem was that the best piece of leather which I could find was from an old overnight bag, and it really was old, and thick, and stiff.

Some time ago, SWMBO gave me the job of dealing with a couch which had seen better days.  We were quite fond of the couch, as it had been used by our family for at least 3 decades.  But our beagle was also fond of it.  Sleeping on it,  digging holes in it, and it had become pretty disgusting, despite repairs.  So it became my workshop couch for midday naps.  But that change of environment did not improve its condition either.   In fact I decided to take it to the tip (landfill).

But here we pay for landfill by volume, so I decided to break up the couch to reduce the volume, and maybe use the frame to fuel my workshop heater.

Me.  Removing the leather upholstery. 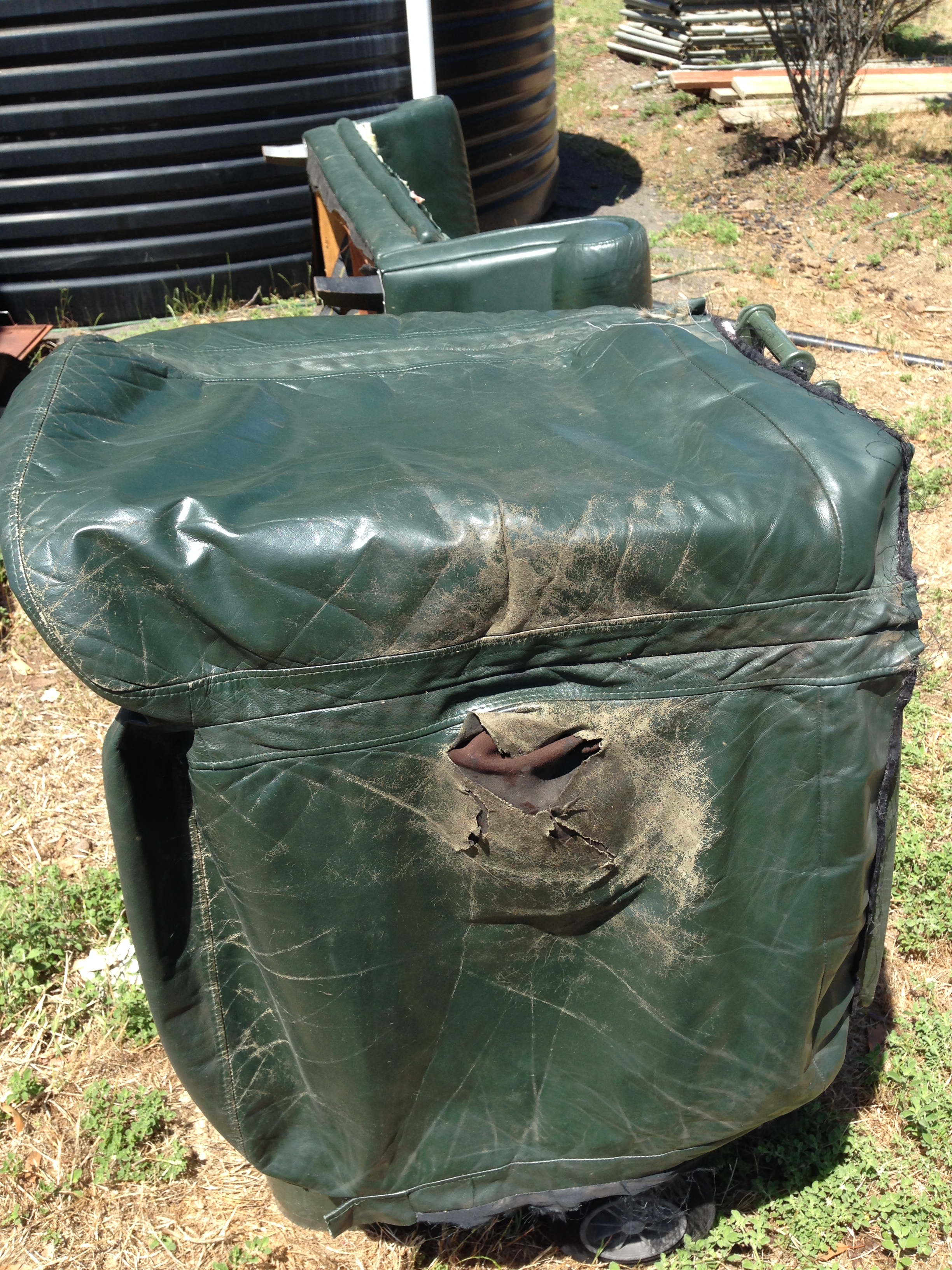 Where the beagle liked to sleep.   Yuk.

So I now have quite a lot of supple leather.  Some will end up covering my lathe ways, held in place with magnets.

Any suggestions for using the remaining leather?

Filed Under: Other stuff, Uncategorized