Soldered the bushes, the boiler supports, and the engine support.  Did not quite have time to tackle the boiler main end flange.

The LG2 bronze bushes were made yesterday, and the holes were prepared.  Today I fluxed them and silver soldered.  45% silver, cadmium free.

After soldering, and before the sulphuric acid soak.  The Hebel blocks are ideal for setting up the forge area to a particular size and shape. 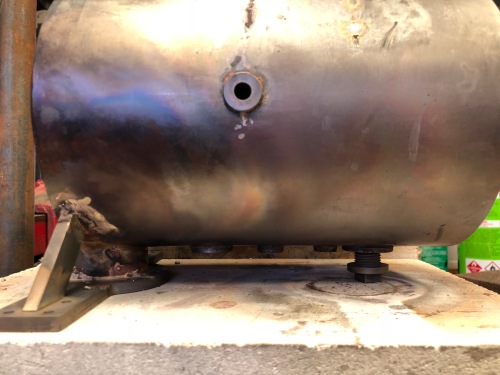 The boiler is upside down in this photo.  I have just soldered the engine support.  Looks messy doesn’t it.  But it looks much neater after the acid soak.  And the splodges will vanish after eventual painting.   I used the bolt in the bush to get the support level and straight, while soldering. 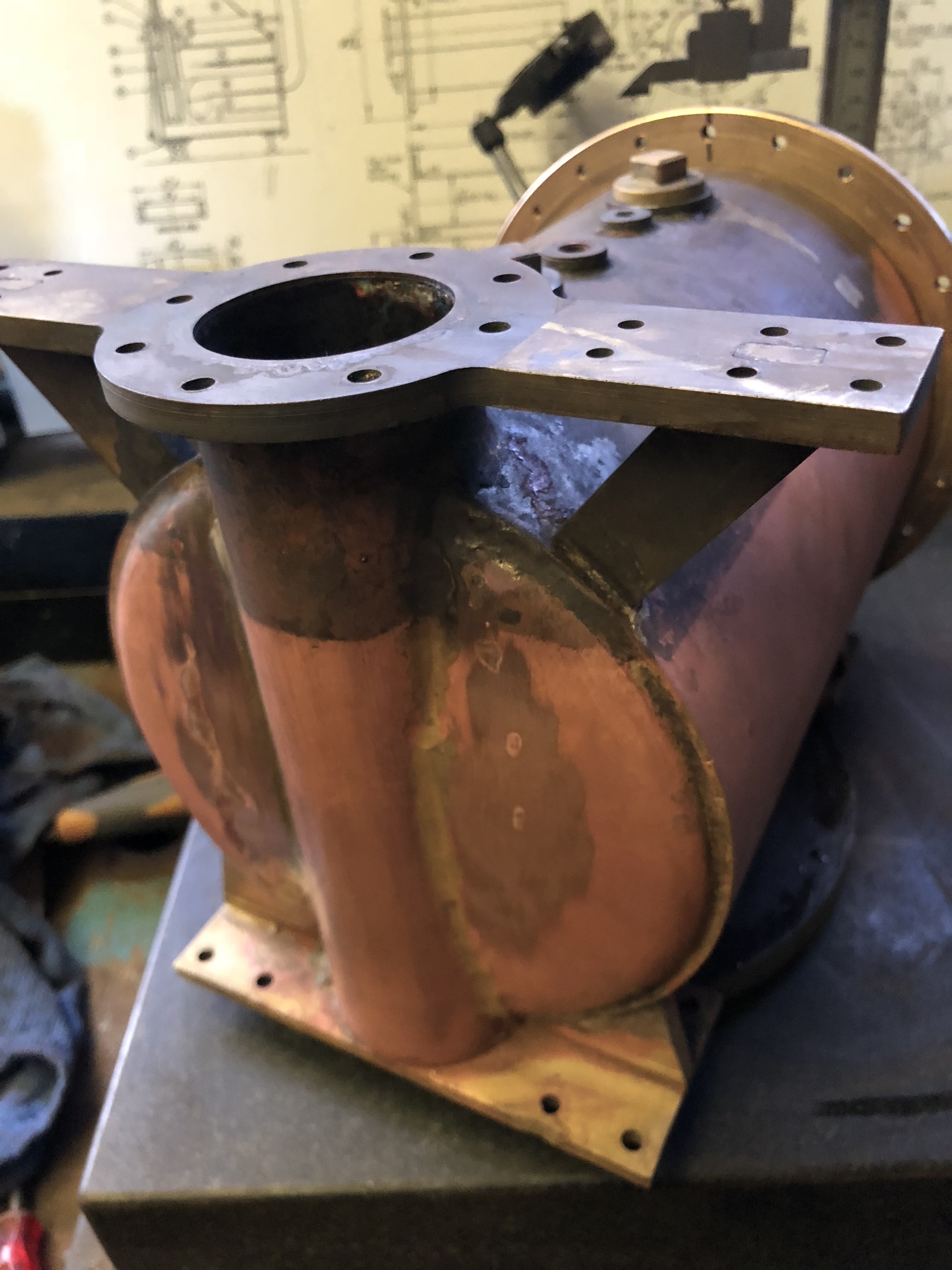 Then the boiler supports were soldered, and the unit was dipped in 20% sulphuric acid for 15 minutes, after slow cooling.  Note the Plimsoll line, which was the depth of the acid.  I was unsatisfied with the alignment of that boiler support, so I reheated it and tapped it into a better position.  If it leaks steam, I might need to touch it up, but at least it is properly positioned. 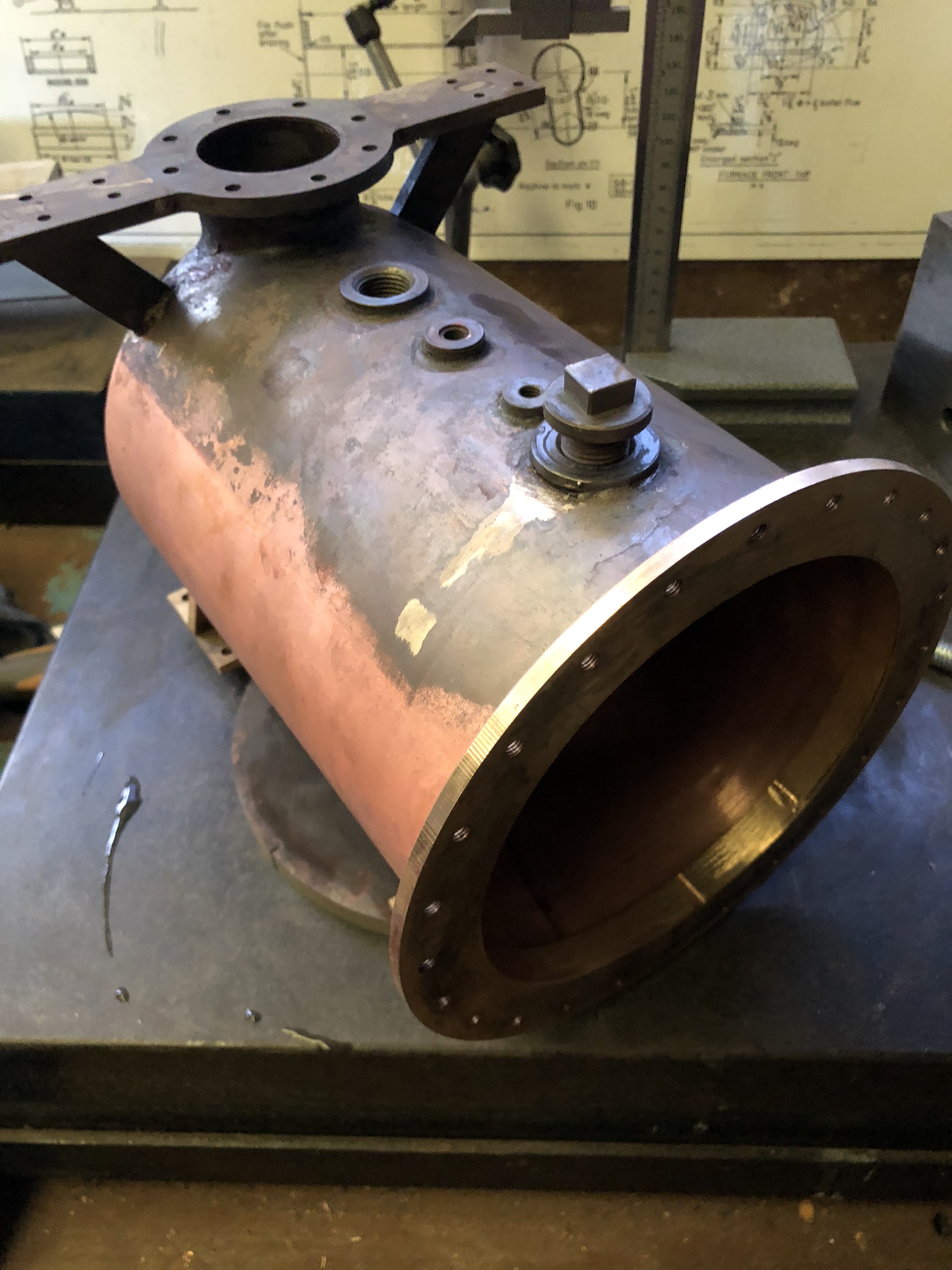 At the end of this session.  The big flange is just sitting there, waiting for soldering in the next session.

Actually, this was not the first brazing session.  It was the third.  I had previously silver soldered the firetube.  And if you have been watching this build you might recall that I bronze brazed the domed boiler end and the boiler wrapper, and the vertical cylinder into the domed boiler end.  Despite the copper reaching red heat during today’s session of silver soldering, the bronze joins remained intact.  Bronze has a higher melting temperature than silver solder.  Which was one reason I did the bronze brazing first.