Some photos of progress.  I have been busy, but the results are not particularly photogenic.

The support under the chimney end was in the plans as this: 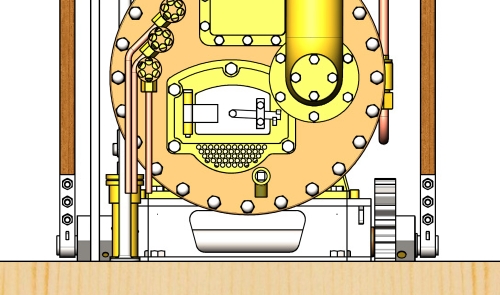 …and many models of the dredger engine are made along these lines.

…but the rescued Trevithick engine in the London Science Museum is different.. 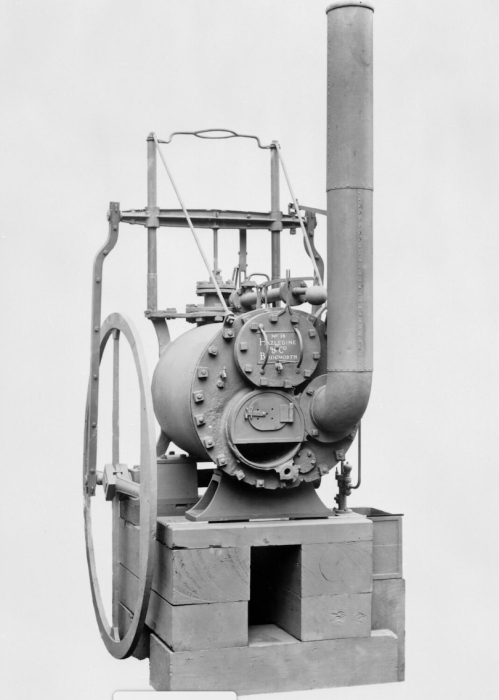 The shape of the front support is appealing, but it is unlikely to be original.

….and this is the drawing of the dredger engine from the Rees Cyclopaedia of 1819.. 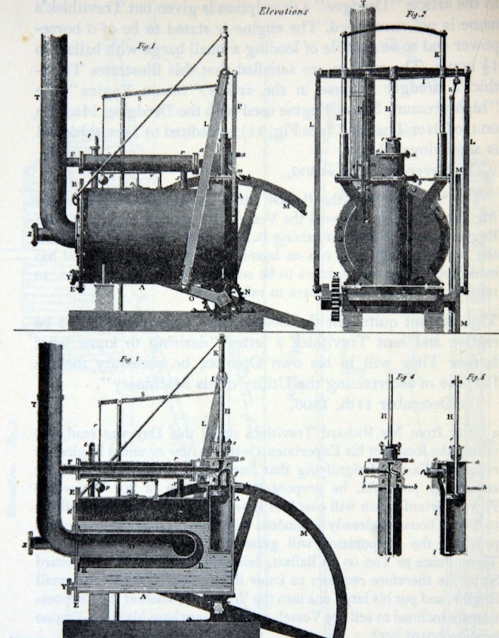 Look.  The front support is a block of wood!  And the rear support is quite open, showing most of the mainshaft.

The Rees drawing was made at a time when many Trevithick engines were operating, and it is likely that the drawing is representing an actual engine.  So that is what I have based my scale engine supports on. 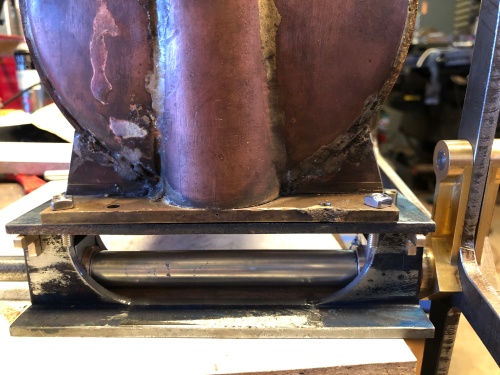 This is the rear support for my engine.  5mm thick steel, silver soldered.  Quite a bit of tidying up to come.  And you can see the wedges which hold the bearing housings in position.  The bushes are bronze.  And the vertical tubes just visible are oilers. 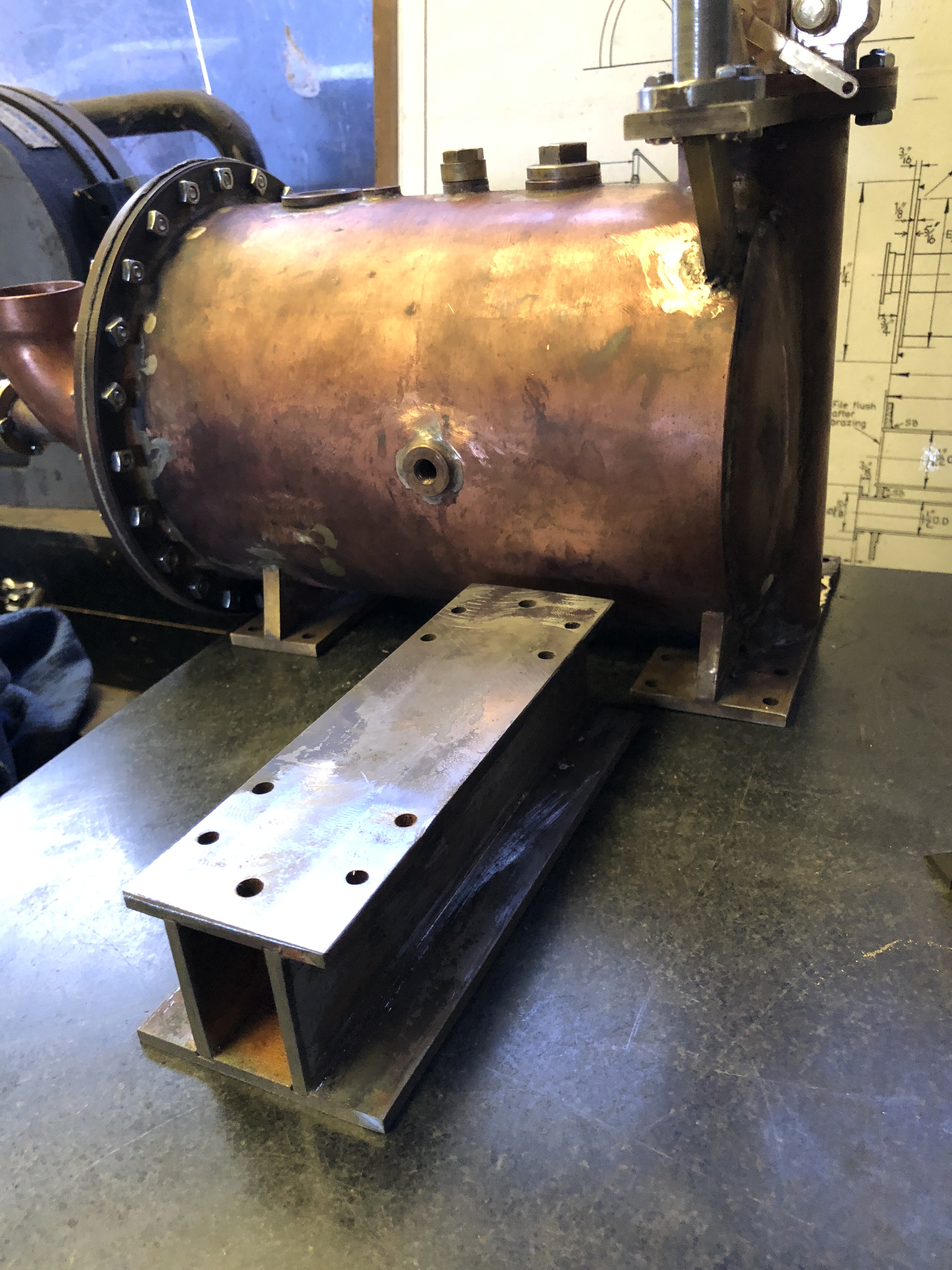 The rear support before I milled out the middle section.  It was supposed to be 5mm mild steel, but the carbide end mill became red hot while plowing through, then broke.  Something really hard encountered there!

Then the bearing housings were made, and the main bearing bushes.  Straight forward machining.  Inserted the mainshaft (12mm silver steel).

The flywheel had been previously water jetted from 6mm steel plate. 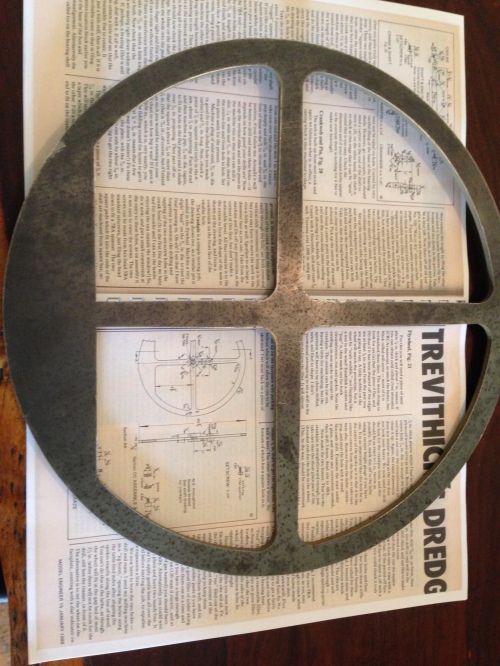 I chose water jetting in preference to laser cutting, in order to minimise heat distortion of the rather thin piece of steel.  Even so, it required some cold pressing to flatten it.  No olive oil appeared. 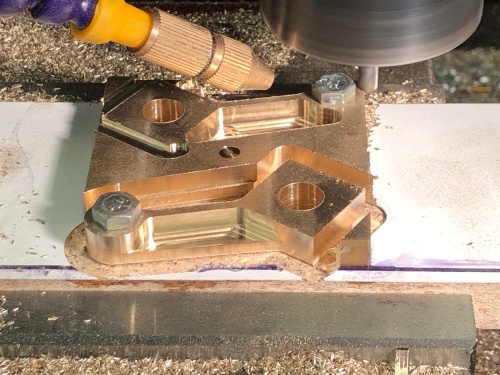 CNC milled from a chunk of brass. 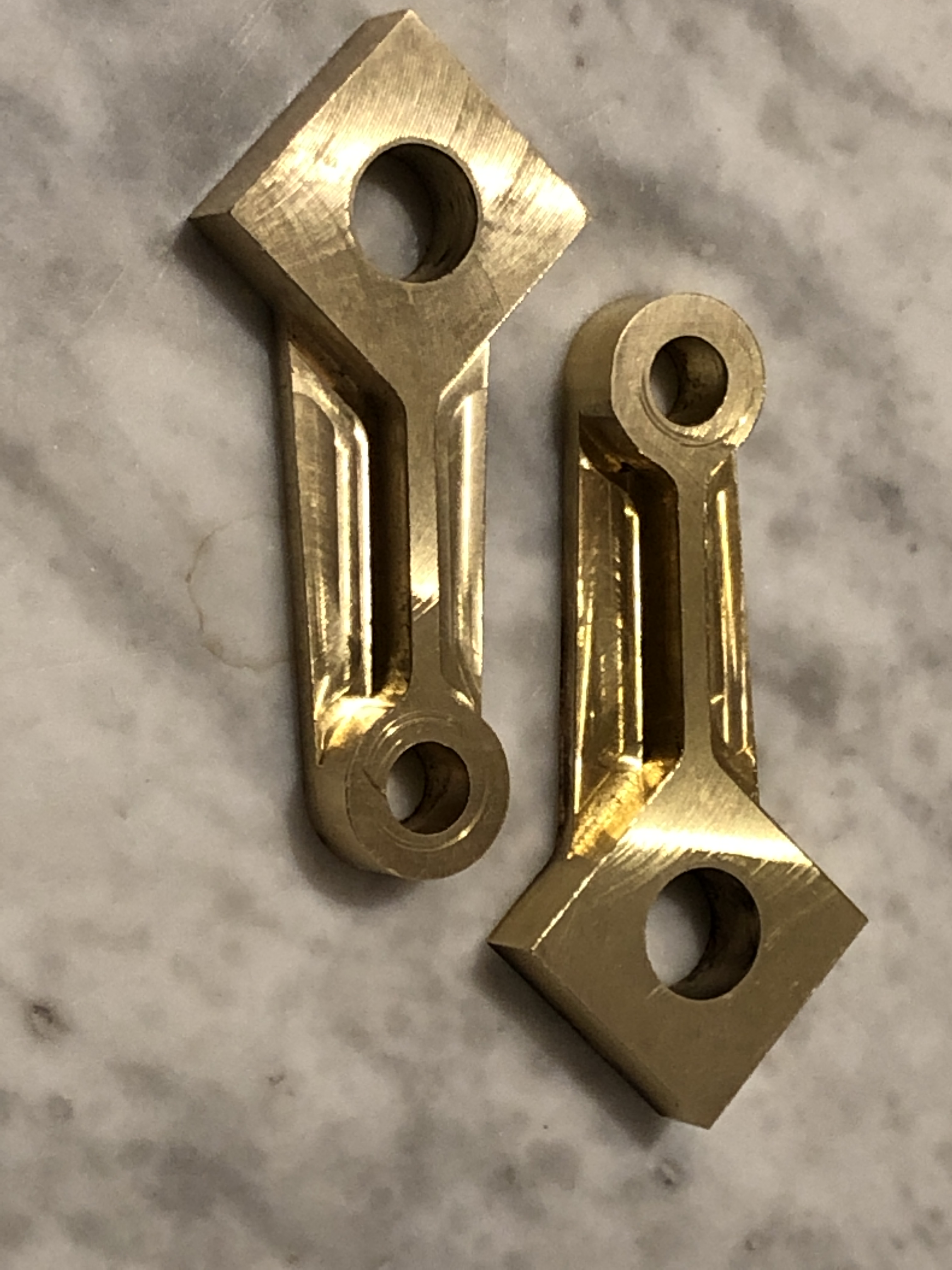 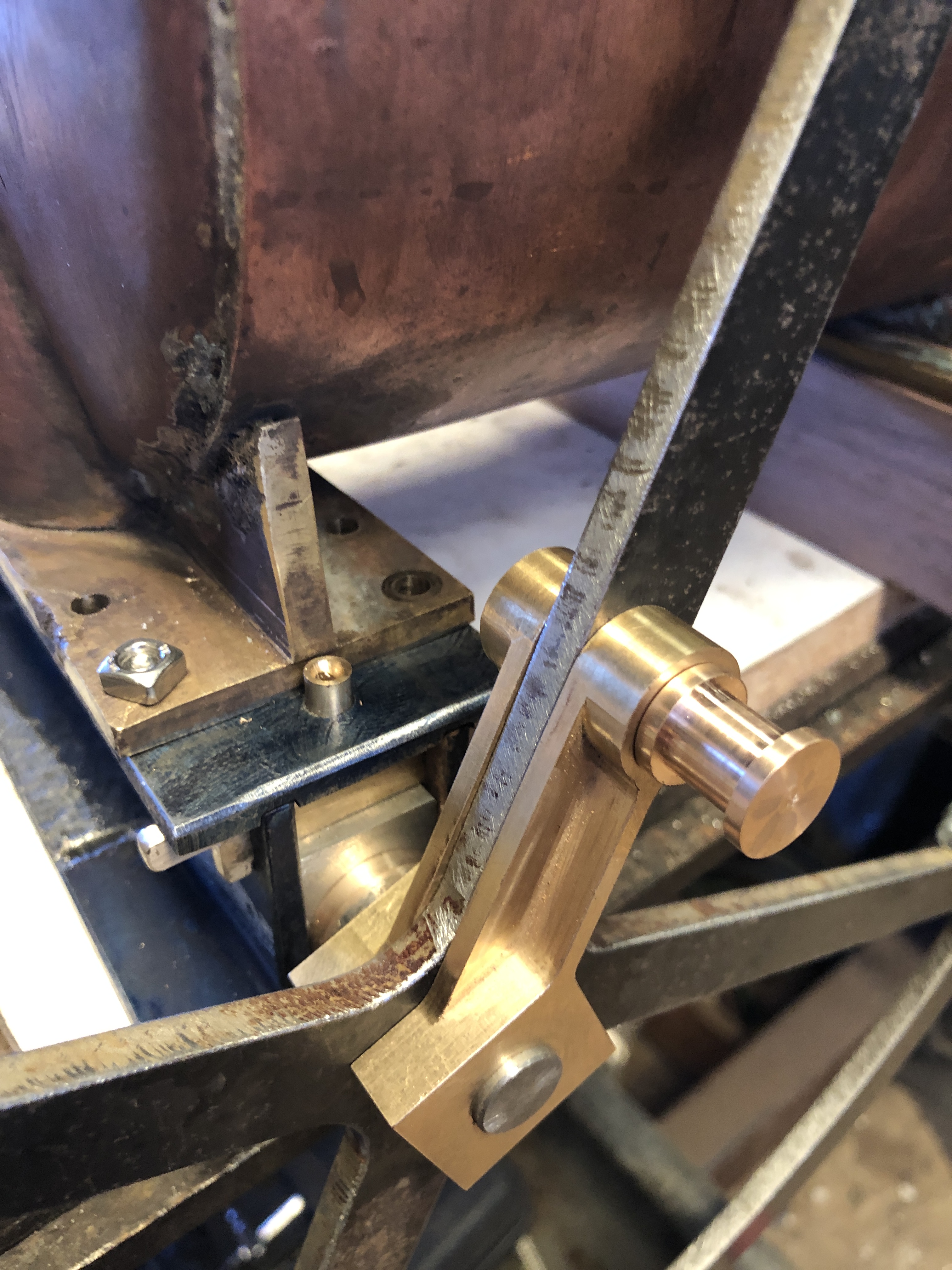 The crank webs sitting in position.  I have not yet decided how to fasten them.  Soldering is specified by Tubal Cain, pressing by deWaal.  I will probably use Loctite and a taper pin.

Next are the wooden connecting rods, and the driving spur gear.

Note that there is now an option to “like” these ramblings, at the end of each post.  Up to you the reader of course, but a tick of approval would be nice.  Your comments are always appreciated.

4 Comments to “Scale Trevithick Dredger Engine- the Supports, and crank-webs.”