Why the SECRECY about ANTARCTICA?

The cloud cover has a checkerplate edge.  It does not have a realistic appearance.

Also, it conveniently and almost exactly covers the placemarks on the map of Antarctica which I posted a day or two ago, which show the location of the odd rectangular shapes.

But, today, I have scanned other areas of Antarctica and found a lot more of the rectangular shapes in a non obscured area.   See the screenshot below. 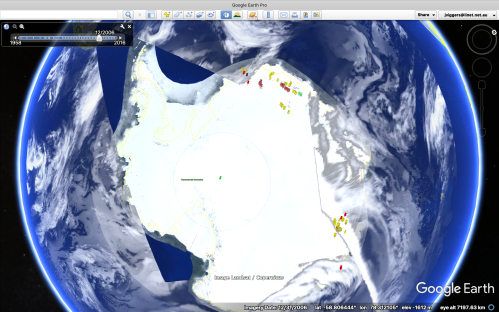 The odd shapes appear only in the years 2003 to 2006, so if you want to check this yourself, use the timeline.

I am certain that these shapes are not natural features for the following reasons…  1. they appear only in the years 2003-7; 2. they do not have a similar appearance to other natural features such as non snow covered mountains;  3.they do not appear in any other snow covered areas that I have searched such as Greenland, Novaya Zemlya, Alaska; 4. they have remarkable consistency of size and similarity to each other of shape;  and the fact that someone appears to have attempted to stop other Google Earth users from seeing them.  So take a look before the next cluster is covered with “cloud” or checkerplate.

For the public record I have taken screenshots of 30-40 of the shapes, and I am posting some of these below.   The coordinates of each one is at the bottom of the screen in each case.  The are mostly taken from a height of about 4000 meters.

The first 4 shots are of the same location, over 4 years.

Now some more, but only in 2006, which was the clearest year.

They are all close to north-south orientation.  Note the projections from the central black area and the barely visible grey shapes in the white rectangular surrounding area.  The white area usually measures 300m x 150m or 200m. 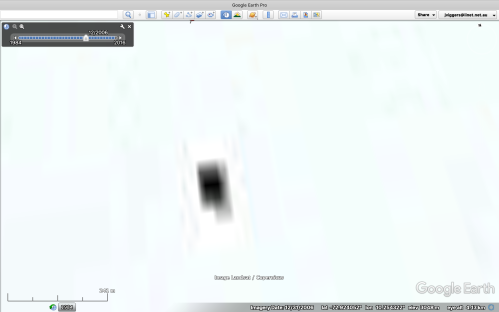 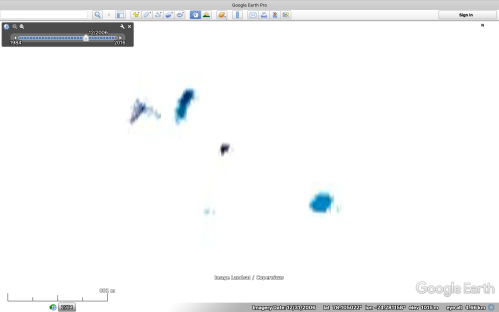 This group are natural features, from the same altitude and of a similar size. 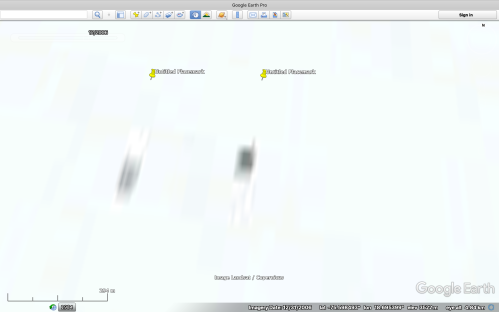 Some of the rectangles are in close clusters, but most are are separated by many kilometers.

And this group (from a higher altitude) forms a straight line.

Some are in more rugged terrain 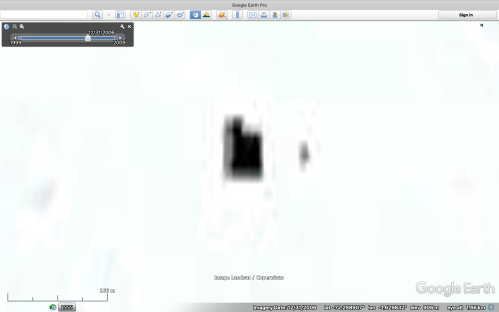 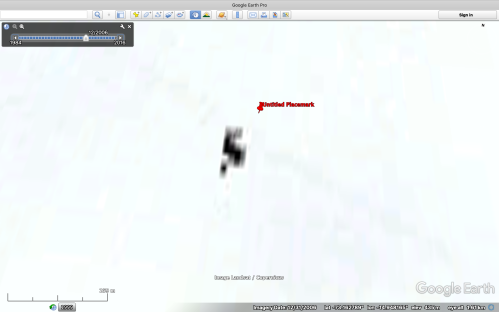 Why did Admiral Byrd of the USN take an invasion fleet and 4700 soldiers to Antarctica in 1947, 2 years after the end of WW2?  Look up Operation Highjump.

Why did President Obama visit Antarctica just before his presidency finished?  (unconfirmed)

Why did Buzz Aldrin visit Antarctica just before his death?

Why did Prince Harry,  and Patriarch Kirill of the Eastern Orthodox church visit Antarctica?

Why did John Kerry (US Secretary of State) visit Antarctica on election day?

Why are we not being told what is going on down there?

6 Comments to “Why the SECRECY about ANTARCTICA?”