Crater that is, on the moon.   One of the few areas shown by Google Earth Pro in high definition.  But I wonder if those nice sharp views will continue when these pictures become better known. 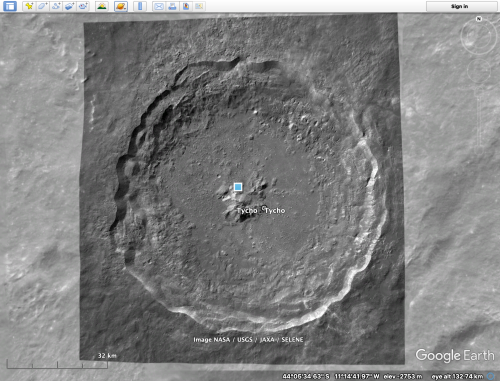 This is the northern half of Tycho crater.  Tycho is approximately 80km diameter, over 3000m deep, with a prominent central mountain peak.   This picture is taken from 80km above the surface of the moon.

As we zoom into the northern rim of the crater….. 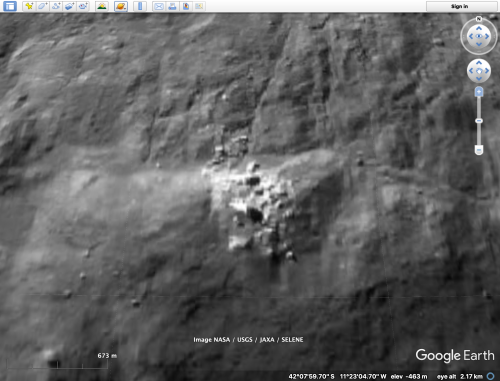 You would swear that those are buildings…    And look at the shadows that the biggest white shapes are casting.   Hang on, shadows.   Those big white shapes are not only rectilinear and big, they are up above the ground surface.  The yellow line is 1000m long, for comparison.

At this magnification some pixellation is appearing, so there is no point going closer.

Take another look at the biggest white shape.  Does it remind you of anything?  V?  Antarctica?  The following picture is from my post in December 2018.

The Moon co-ordinates are there.  Take a look for yourself, using Google Earth- Moon.  While it is still available.

Surveyor 7 landed 40km from here, in 1967, ostensibly to check potential landing sites for later manned moon missions.  I bet that NASA has some nice clear pictures of the area.  I do hope that I am still around when the truth finally comes out.