Another few hours in the workshop, and I made the spur gear which transmits power to the dredger bucket chain.

I chose bronze, because 1. It will not rust 2. It machines fairly easily 3. I had some in the correct size!

I did think about whether to CNC mill the gear, or make it on my lathe and form the teeth with a custom built cutter.  In the end, I decided to CNC mill the entire part.   The plans called for a tooth shape which looked like an Acme threaded part.  I decided that Trevithick would NOT have made it like that, nor would he have known about pressure angles, and parabolic tooth shapes, so I winged it and drew a shape on the CAD which was a bit between both.

As you can see it is a blank of bronze which I bought at scrap price from a local supplier.  Here centering it on the CNC mill using a Starrett wobbler.

Roughing the shape was with a 6mm 4 flute carbide cutter.

And finishing, to impart the fine fillets, was with a 3mm carbide cutter, taking 1mm depth bites.  I broke one, but the next one, new, finished the job intact.

And here is the gear, still attached  to the bronze rod.  Now, how to detach it?

The blank gear still attached to the bronze rod. 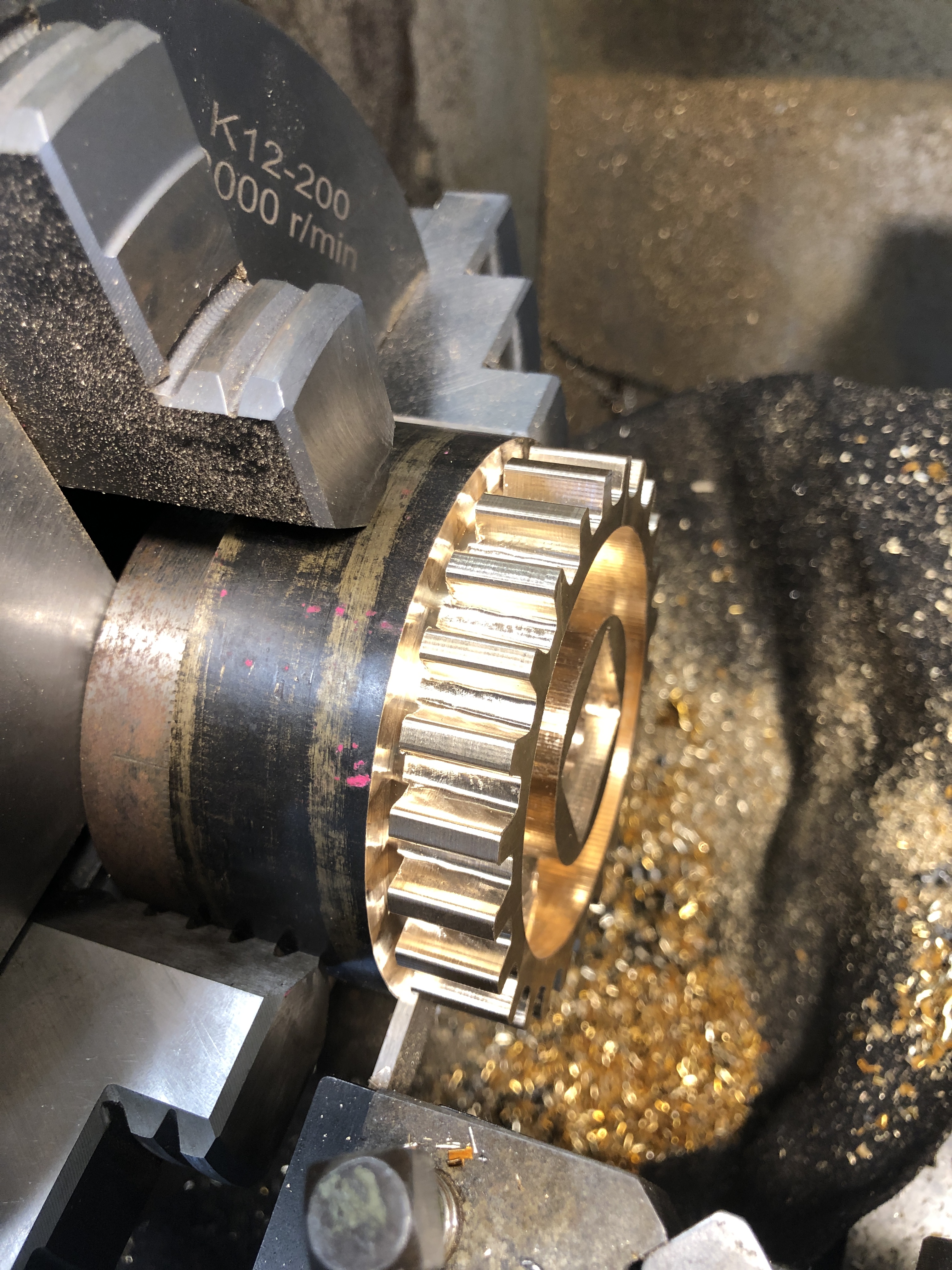 So I started by using a parting blade, but I chickened out when it had plunged about 12mm. 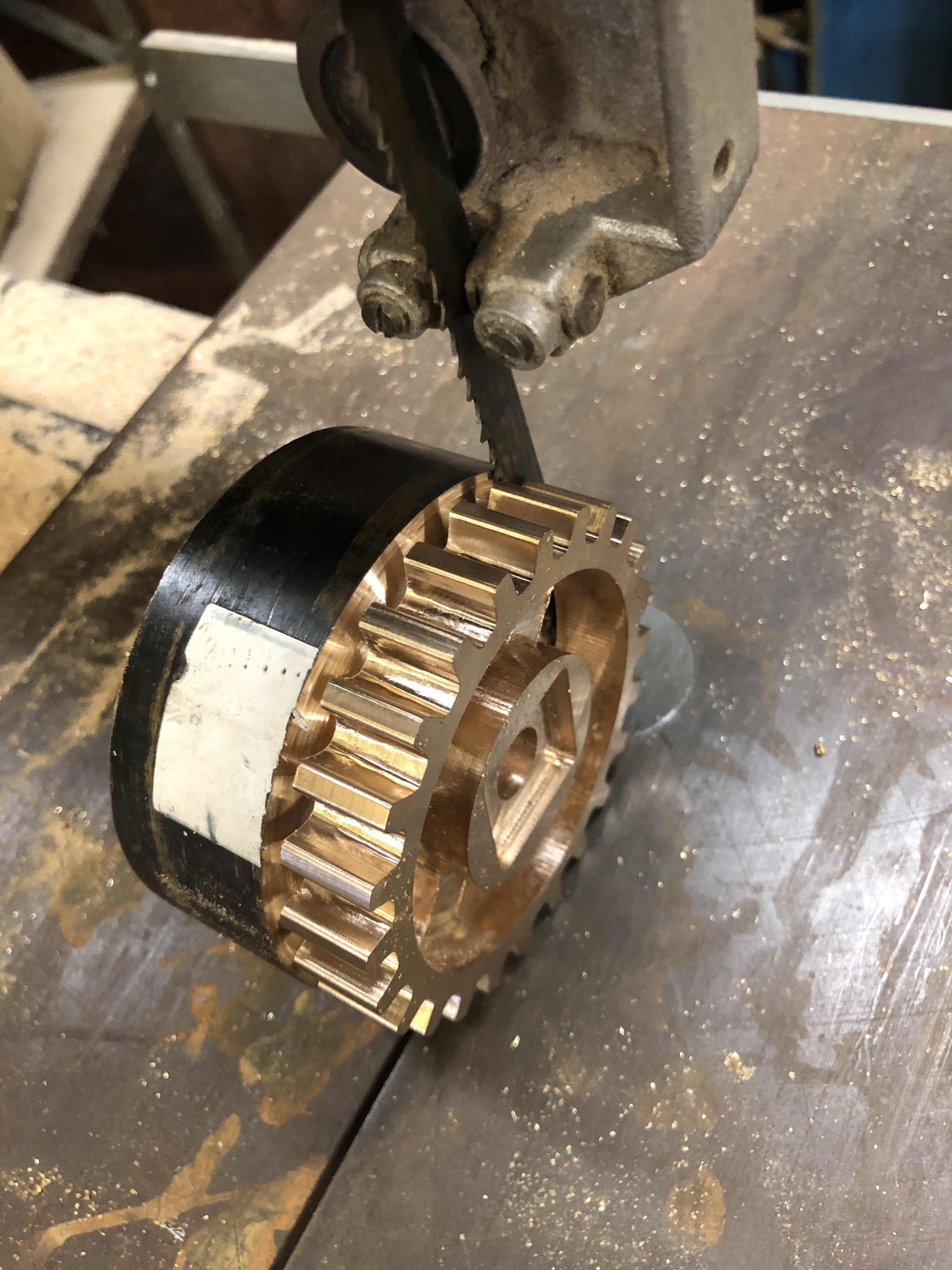 So then I parted the gear from the bronze rod on the bandsaw.  It was a bit tricky… became quite hot.

After bandsawing, I counted my fingers, 9, hang on there’s another, so 10. 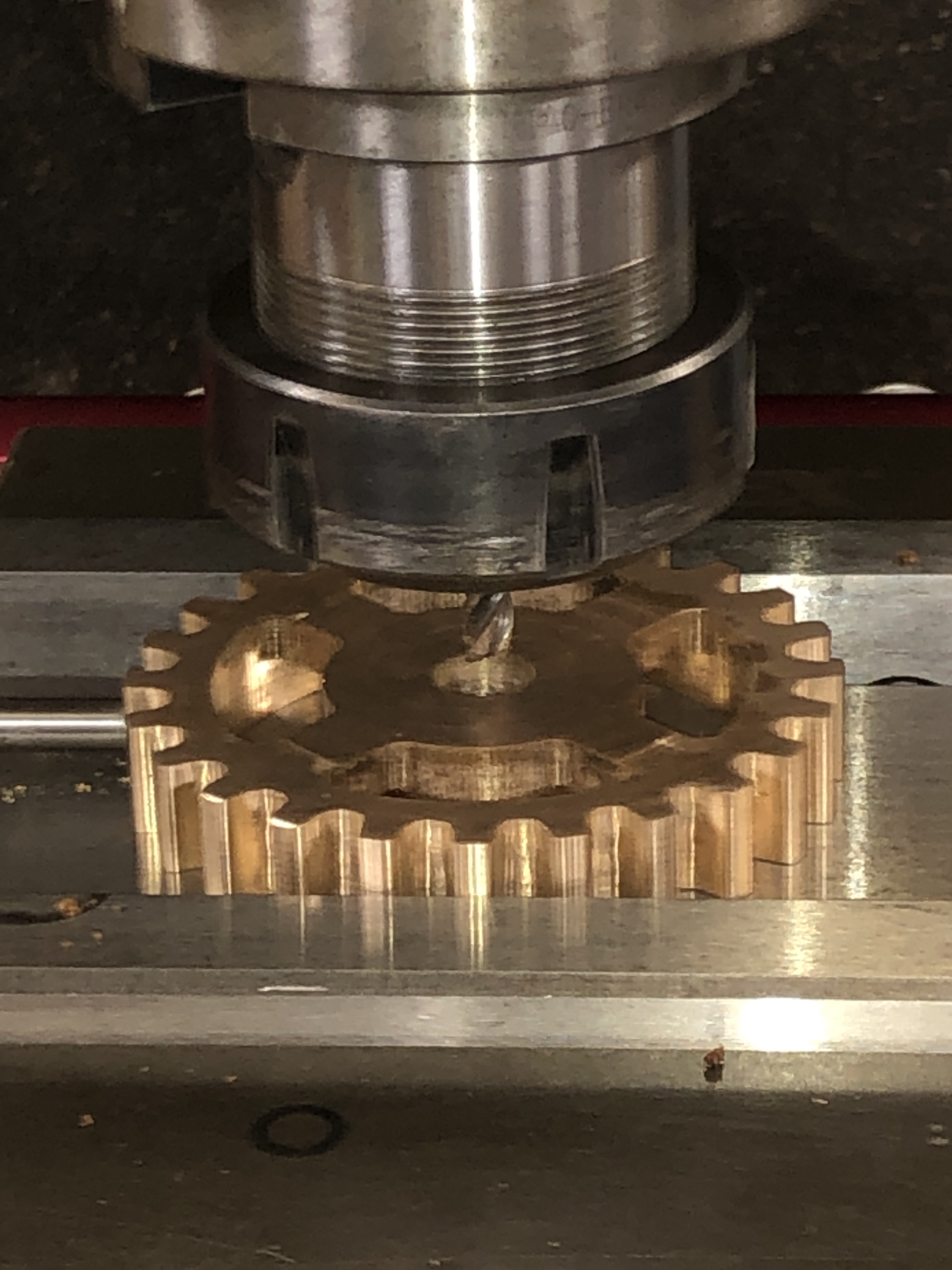 Then I surfaced the back of the gear on the mill.  Actually, I tried gluing the gear to a silver steel rod, and turning the back face, but the glue did not survive.  So I resorted to this solution which worked fine.

And this is the gear, with the crank push fitted.  pretty neat hey! 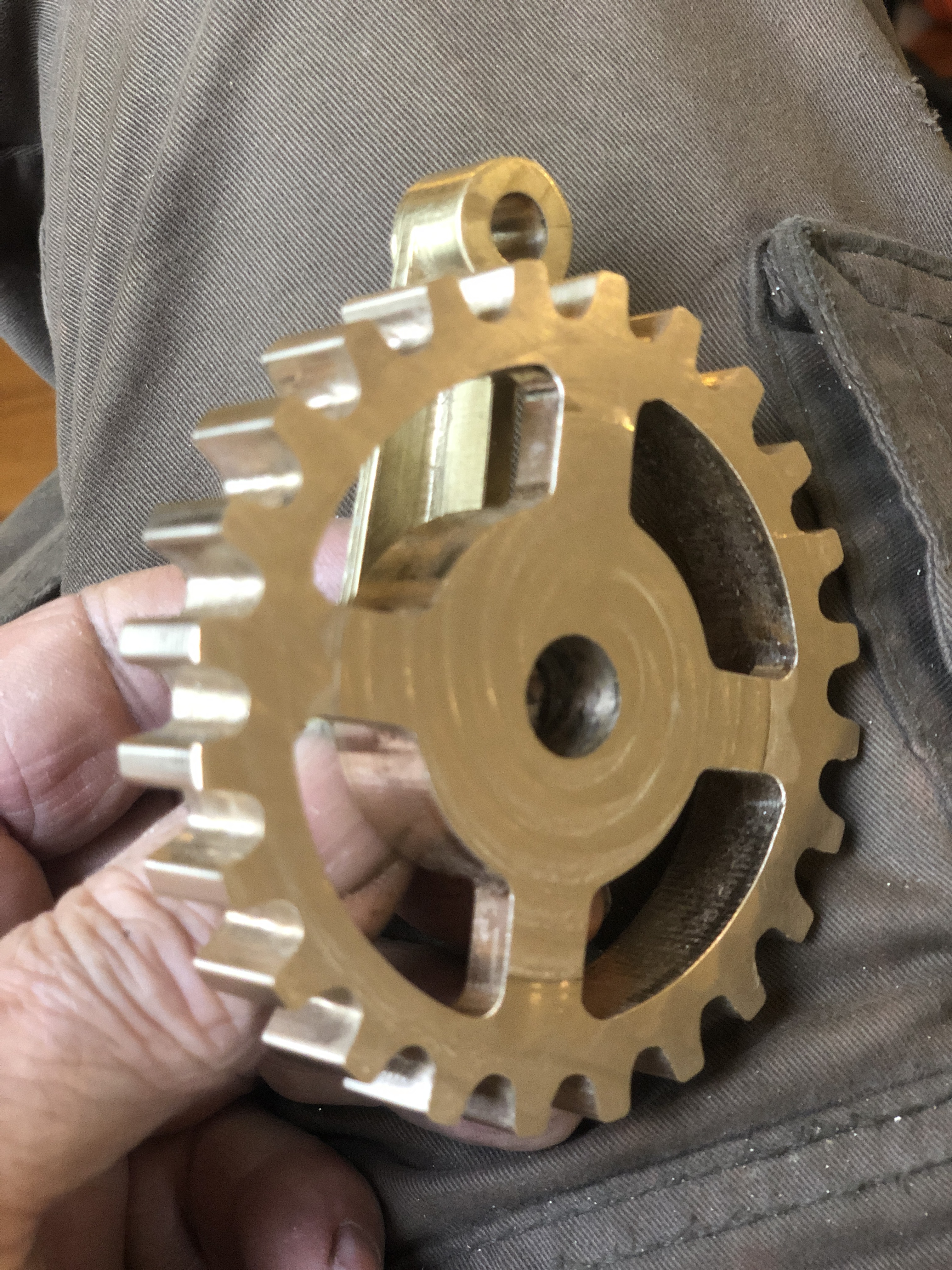 And the inside face.  Some filing required to remove sharp edges.  Or maybe I will put it in the gemstone tumbler for a couple of hours.