As a beginner, I have a fair percentage of unsatisfactory prints.

Holes appearing due to wrong settings.

Most of the time I just bin the failure, change the settings or setup, and make another print. And wait another 2, 9, 12 or 24 hours……  Not a huge financial cost, but does involve waiting.  And I am not very good at that.

I used to grow olives and make olive oil.

Sometimes the bottles of oil were sealed with wax.  Melting point 85ºc.

After a failed print of 6 items today, due to inadequate supports of overhanging areas, I wondered if the holes and thin areas could be fixed with the bottle sealing wax.  After all, lost PLA casting is just a descendant of the lost wax method in the metal casting process.

So I found the left over remnants of the bottle sealing wax, and heated up a soldering iron. 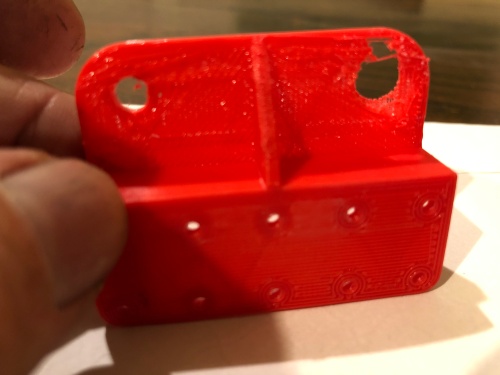 One of the failed prints.  This is a wheel trolley bracket for the model Armstrong cannon.  The moth eaten area was overhanging, and the support had fallen over.  The area was thinned and the holes were not properly formed.   If a brass or bronze casting was made from this, it would have been unusable. 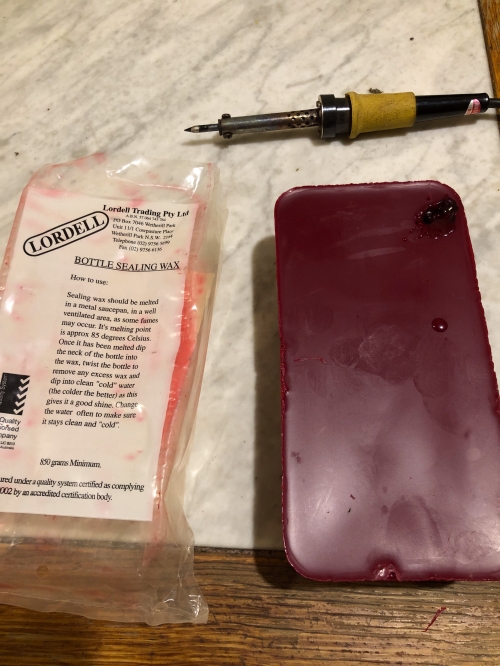 The 850g slab of bottle sealing wax, and soldering iron.  I do not know if this supplier is still available.  It was not expensive.

The soldering iron is heated, dipped into the wax, and the molten wax carefully dripped onto the deficient area of the print, gradually building it up.

The wax can then be shaped with the soldering iron, or a heated knife, or even a finger or thumb.  I also tried a blade shaver and sharp knife.  I think that my soldering iron, and finger were the best tools. 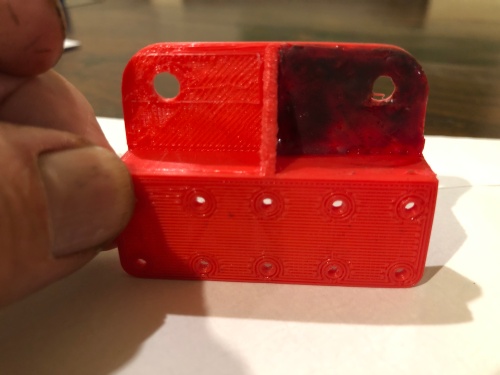 The repaired area.  It looks unsightly, but of course the wax will all disappear during the casting process, along with the PLA.

I am probably reinventing the wheel with this idea.  Again.  But have not seen it used anywhere else.  So there it is.  I think that it will be useful to me.

PS>. 12 hours later.  I now realise that this is so old hat that I am embarrassed that I posted this.  Reinventing the wheel,… that’s me.