I could have turned some 13mm OD, drilled a 5mm hole, and parted off the spacers in my lathe, but I know from experience, that the pieces never end up exactly the same thickness (in this case, 2mm thick).

So I decided to try a Banggood tool which has sat unused since I bought it many months ago.

It is a HSS hole cutter.  18mm OD, but the disk removed is 14mm OD, just a bit bigger than I wanted.  2mm thick waste brass plate.

So I cut off 25 disks, from a piece of waste brass, 2mm thick.  The Banggood tool worked well, except that it need swarf picked out after almost every disk.   But it was quick, reasonably accurate, and the central drill bit was 5mm, just what I wanted. 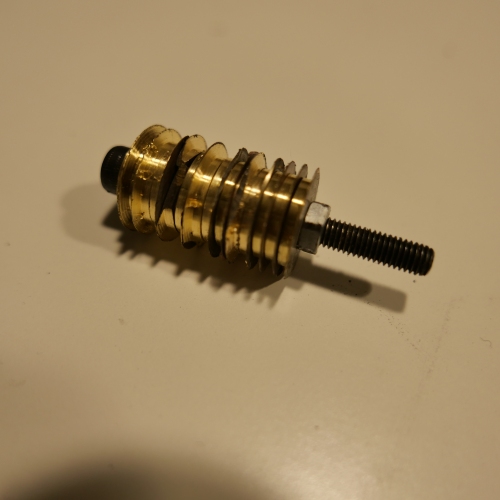 The disks were slid onto a 5mm capscrew bolt, and nutted down hard. 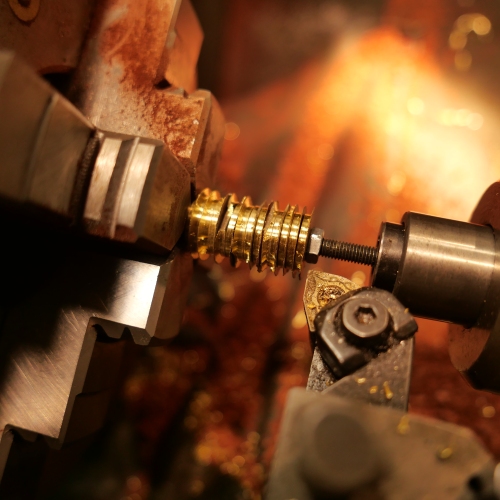 The head of the capscrew was held in the lathe chuck, and the tail of the threaded end in a shop made tapered tailstock socket.  And turned to 13mm diameter.

About 12 spacers made per run.   Very quickly.  Reasonably accurately.  A bit of tidying to follow.

The Banggood tool worked pretty well.  I will buy some more of these.  They were quite inexpensive.

Today I polished the ends of the trunnions, being careful not to remove the lasered lines and markings.  I used a 200grit sanding pad in a sponge backed sanding disk in my milling machine.   Also worked very well.  I removed about 0.1mm of steel, without destroying the markings. 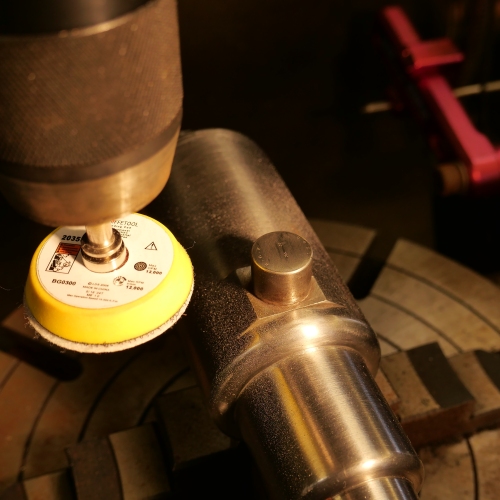 2 Comments to “Using a Banggood tool to make spacers”