6″ Vertical Boiler. The final flange on the smoke box. 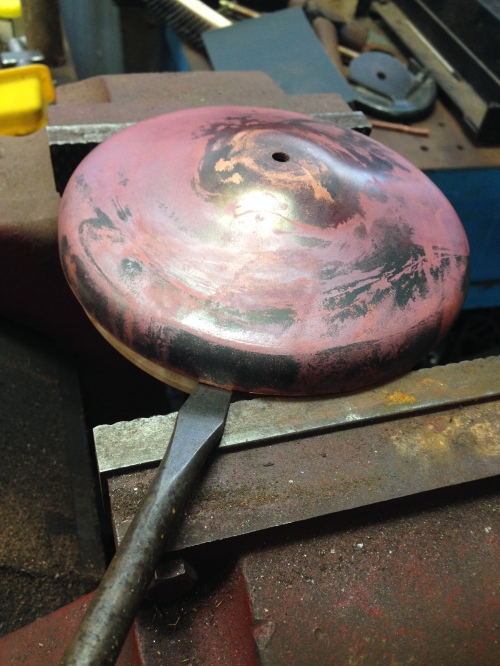 This is the smoke box lid.  The chimney comes out of the middle but it requires another flange.

So this is the cover, with the extra flange.  How did I make it?  Read on…

First a video.  Click on the arrow.  Listen to my dulcet tones.

The setup on the hydraulic press.   The copper cap has been annealed, and a 19mm hole drilled to just admit the steel taper pin.

After pushing the steel pin with 20 tonnes pressure.  Re-annealing required. 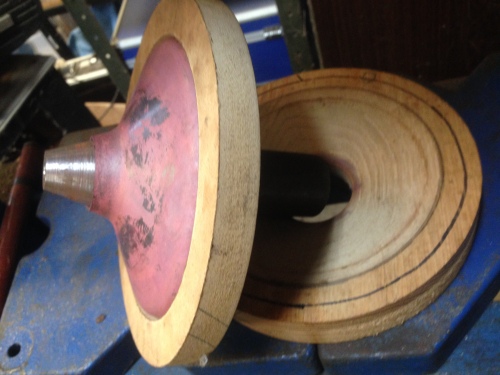 After the next 20 tonne push.  Re- annealing again required.

After the third annealing and a final push with the press.   A bigger press might have done this in one step, but at the risk of the copper splitting. 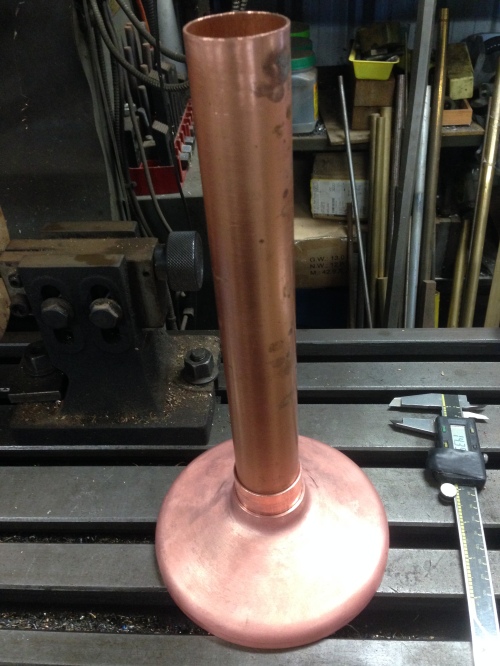 —and a tidy up of the edges in the lathe.  The intermediate piece is pushed into place, ready for silver soldering.   A couple of circular flanges to be soldered in place to hold the chimney.

Considering the force exerted on the wooden forms, I would not have been surprised if the wood had split on the hydraulic press.  But it held up.  Even so, another time I would be tempted to make the forms in steel.

5 Comments to “6″ Vertical Boiler. The final flange on the smoke box.”