Well, I was really not expecting this.

After all, the engine was running well on compressed air at 30psi, and the burner appeared to have a good flame.

And Stuart was coming to be involved with the big event.  So nothing could go wrong!

I set up the iphone on a tripod.  Checked the light.  Oiled the bearings and slides.  Filled the boiler.  It takes 2 litres of water.  And hooked up the propane.  when Stuart arrived I lit up the burner, and sat back to see how long it would take to raise steam.

Some steam leaks were expected, on this first steam run.  Leaks don’t show on compressed air, unless they are severe.  As the water heated up, some leaks appeared.  The water feed clack valve and the sight glass were bad.  The clack valve just needed some goo.  Later I disassembled the sight glass, and cleaned the valve, with some improvement, but more work needed.  Or a new sight glass valve.  A couple of other trivial leaks were easily fixed.

So we watched the clock, and checked the temperatures.  Ot took 20 minutes to start raising steam.  That is a bit slow.  Eventually it reached 20psi, but the pressure refused to go any higher, despite fiddling with the gas and air controls.

At 20psi, I opened the throttle and gave the flywheel a swing.  You can see the result.

After that, we let it cool down and fixed the clack valve leak.  The sight glass valve leak was looked at later, but could not be fixed simply. 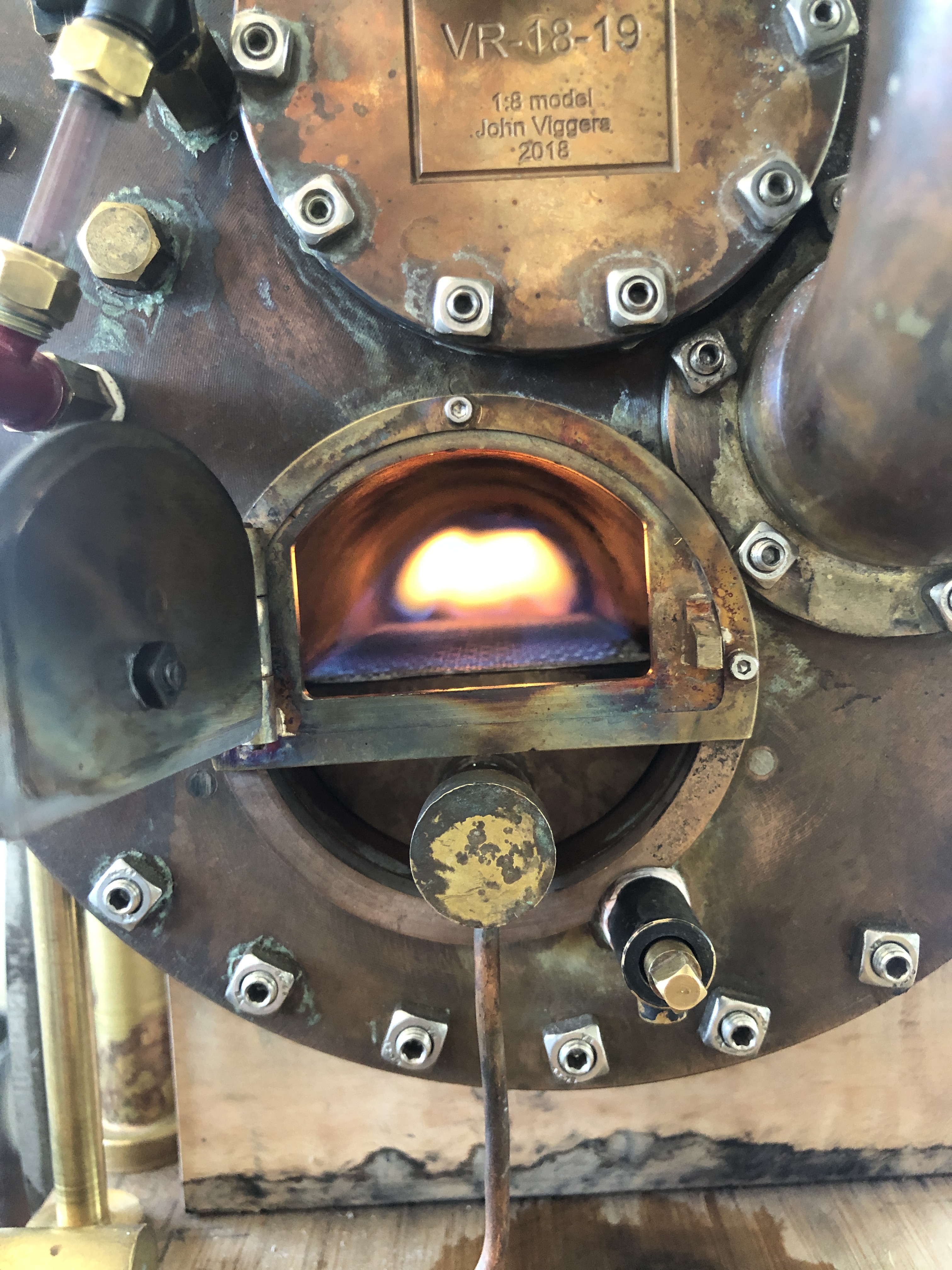 The burner was definitely not up to the job, so in this last video, it got some assistance.

It does go!   Just needs a few tweaks.  Lovely sound.