The stays appear simple but they took several hours to make and adjust.

When I arrived at my workshop today I discovered that someone had attempted to steal the Toyota Landcruiser tray which I leave parked there.   A window had been smashed, the doors were unlocked, and the cowling over the steering column had been removed and broken. (presumably in an attempt to access wires to start it.)  The driver’s door lock showed signs of being jemmied.   The ignition lock also showed signs of being forced.  The thief must have been an amateur, unable to get the vehicle started.

The police arrived soon after being telephoned.

Fortunately the vehicle is drivable, but repairs are required.  I am relieved that it was not actually stolen.  The police told me that these vehicles are in demand by thieves.  They are built like tanks, and useful in ram raid thefts.

So the dredger engine will be put aside while I install video cameras at my workshop.

(I have deleted a paragraph here.  It was written with exaggeration caused by anger.)

After the police left, I made and installed the stays which are visible in the photos. 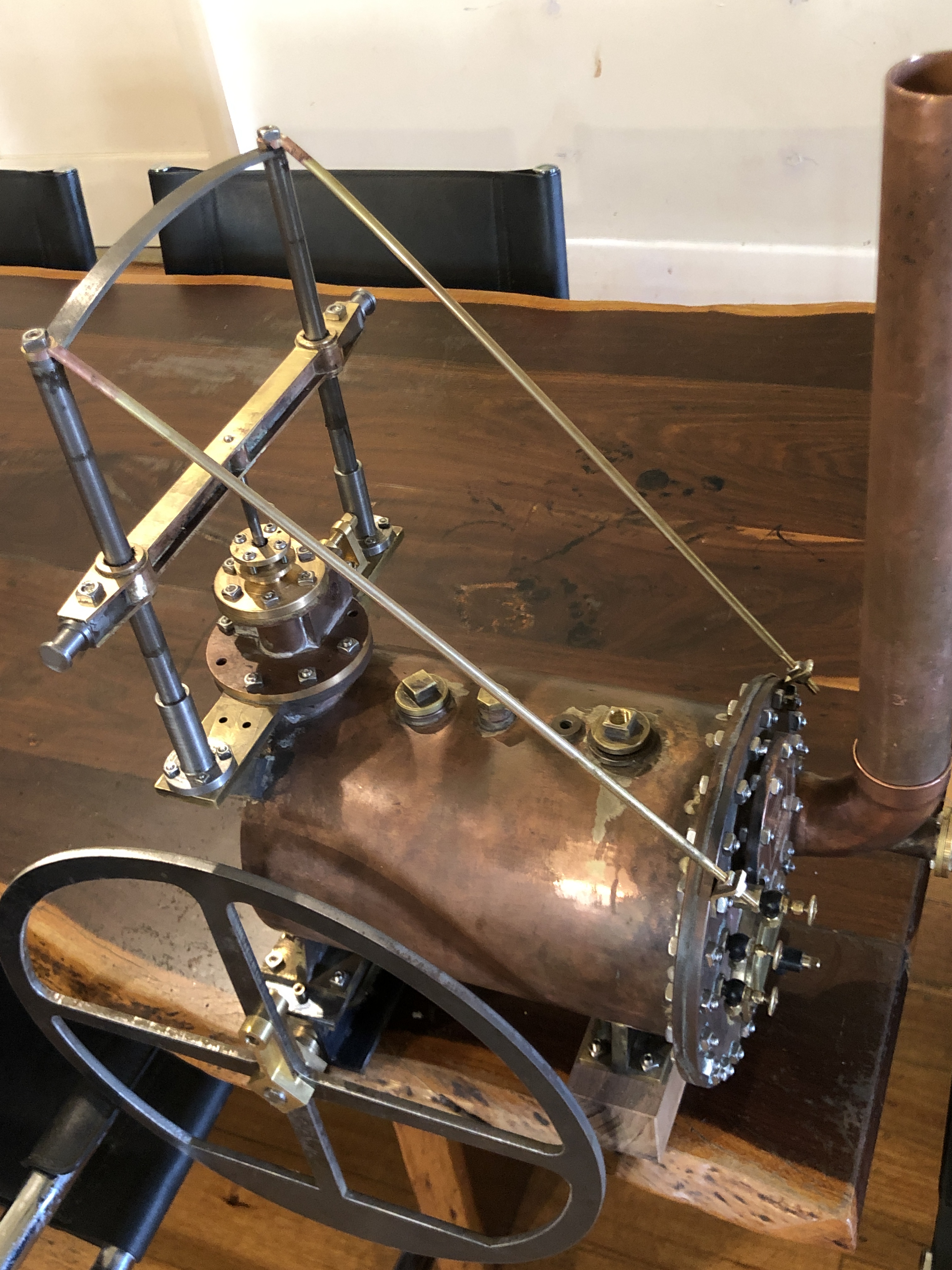 The lower end of the stays attach to the boiler flat plate end.